Boursin cheese is a soft, creamy spreadable cheese that comes in a variety of flavors. Here's the history of this beloved cheese, plus a multitude of recipes you can enjoy it in. 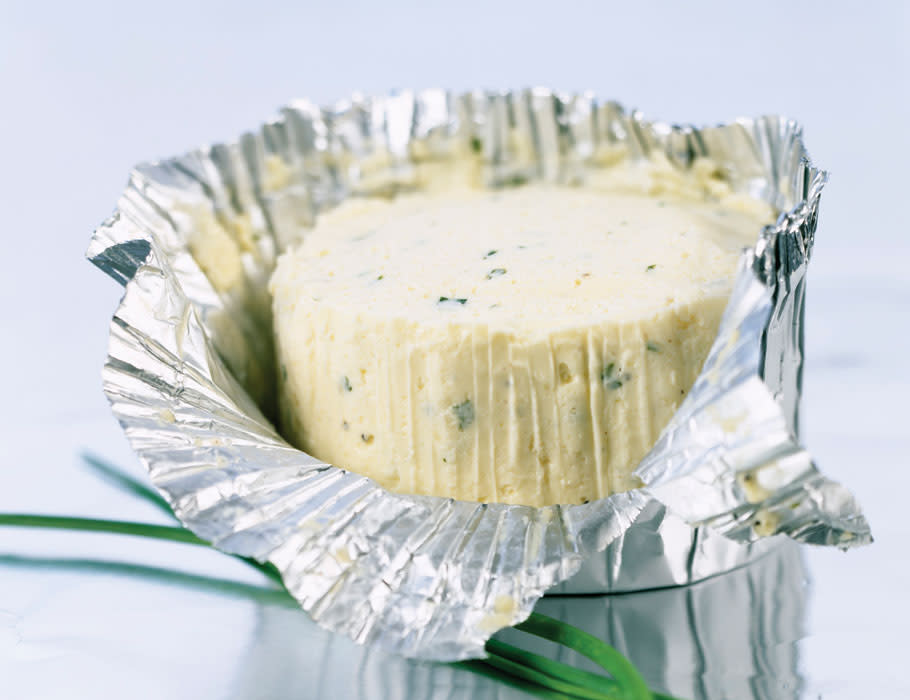 Boursin cheese is often described as the Velveeta of France. I just love that analogy — partly because I’m a Francophile and partly because it conjures an image of French people eating Velveeta (I know, I know — Velveeta and Boursin are VERY different).

I don’t remember my first introduction to Boursin (it seemed too fancy for me growing up because it was in the "specialty" cheese section at Target), but I certainly know how I came to love it. In a previous work-from-home job, I became obsessed with it while trying to perfect Ludo Lefebvre’s French omelet, which has the pepper-flavored Boursin piped into the middle. The soft, creamy curds integral to a French omelet paired with the soft, creamy melted Boursin were tantalizing enough for me to basically survive off of this omelet three lunches a week for many weeks in a row. My love of the cheese launched me into a deep-dive to learn more.

The History of Boursin

Boursin cheese was created by marketing-wizard François Boursin in 1957 in Normandy — the capital of cheese country! The cheese was a variation of a classic French party food, fromage frais, where guests mixed soft cheese with cream, herbs, and garlic to suit their tastes. It took the cheesemaker several years to perfect his recipe, and the now-über popular cheese was officially launched in 1963. The cheese is manufactured under the Gournay brand, which François Boursin named after his small hometown located in the small region of Croisy-sur-Eure in France. In 1968, the cheesemaker made history by making Boursin the first cheese to ever be advertised on French television. The first commercial to launch featured a famous French comedian as a Boursin-obsessed insomniac “tormented by an irresistible craving” for the cheese. He rushes to the fridge in the middle of the night to satisfy the urge, chanting “Du Boursin” eighteen times. The second commercial launched the ingenious slogan, “Du pain, du vin, du Boursin” (bread, wine, and Boursin), speaking to the heart of the French people. These two advertising campaigns propelled Boursin cheese into the spotlight and gave it a permanent place in the French cheese lexicon.

Boursin is a cow’s milk cheese. It’s a little crumbly, but still spreadable and very creamy and light, especially when melted in sauces. It's almost like herby, garlicky cream cheese was put into a whipped cream dispenser and injected with nitrous oxide to provide us — the fanatical, cheese-obsessed, willing participants in this Willy Wonka ride — with ethereal flavored whipped butterfat. It comes in several flavors, like Garlic & Herbs, Shallot & Chive, and Black Pepper. While it may still be considered a specialty cheese, it seems to be available just about everywhere. (I buy mine at Costco in a three-pack so I’m never without!) It comes wrapped up in foil — it may seem a little weird, but it gives it that characteristic ridging when unmolded from the foil. The classic Garlic & Herbs flavor is just almost reminscient of ranch dressing — and we all know the mainstream appeal of ranch. (Also, don't tell the French I said that.)

Alouette, a brand of soft cheese similar to Boursin, may be substituted; use the garlic-and-herb flavor.

How to Use Boursin

If you’re anything like me, you’ll just spread Boursin on crackers. But there are a multitude of ways to enjoy the cheese. You can certainly add it to a cheese board as a budget-friendly (yet still delicious) option. Just make sure to bring it to room temperature before serving and serve with a handy spreader for maximum cheeseage. Really, all cheeses should be served at room temperature to maximize their flavor. It’s especially helpful for Boursin to allow it to be more spreadable. You can also stir it into pastas, crumble over salads, or turn it into a creamy, cheesy sauce.

You can certainly make a homemade version (I haven't tried) from the huge variety of recipes out there. But I love the nostalgia and anticipation of opening up that foil packet to reveal the perfect cheese inside.

We're no strangers to Boursin cheese in the Test Kitchen — we love it! Here are some of our favorite ways to use up this French cheese. 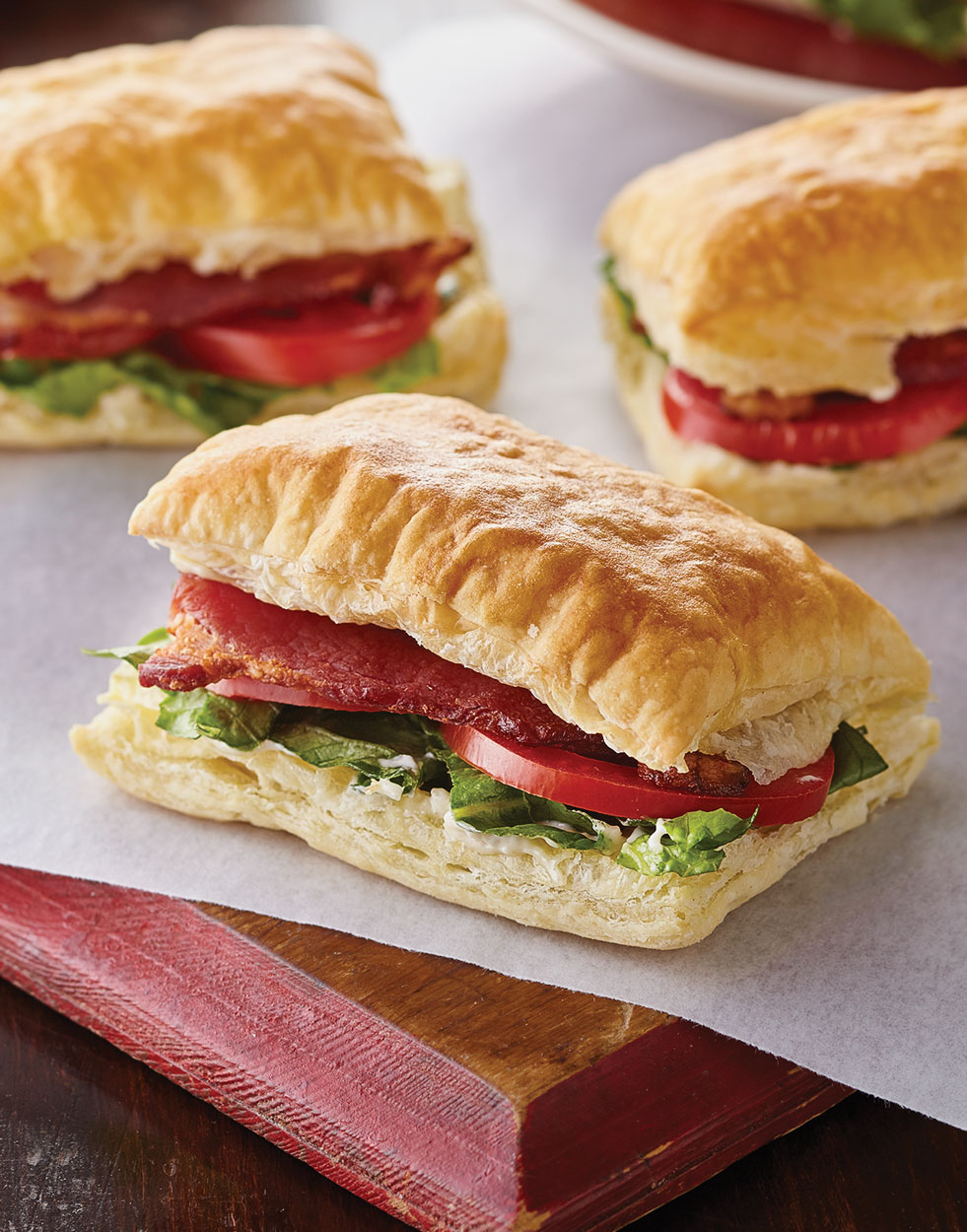 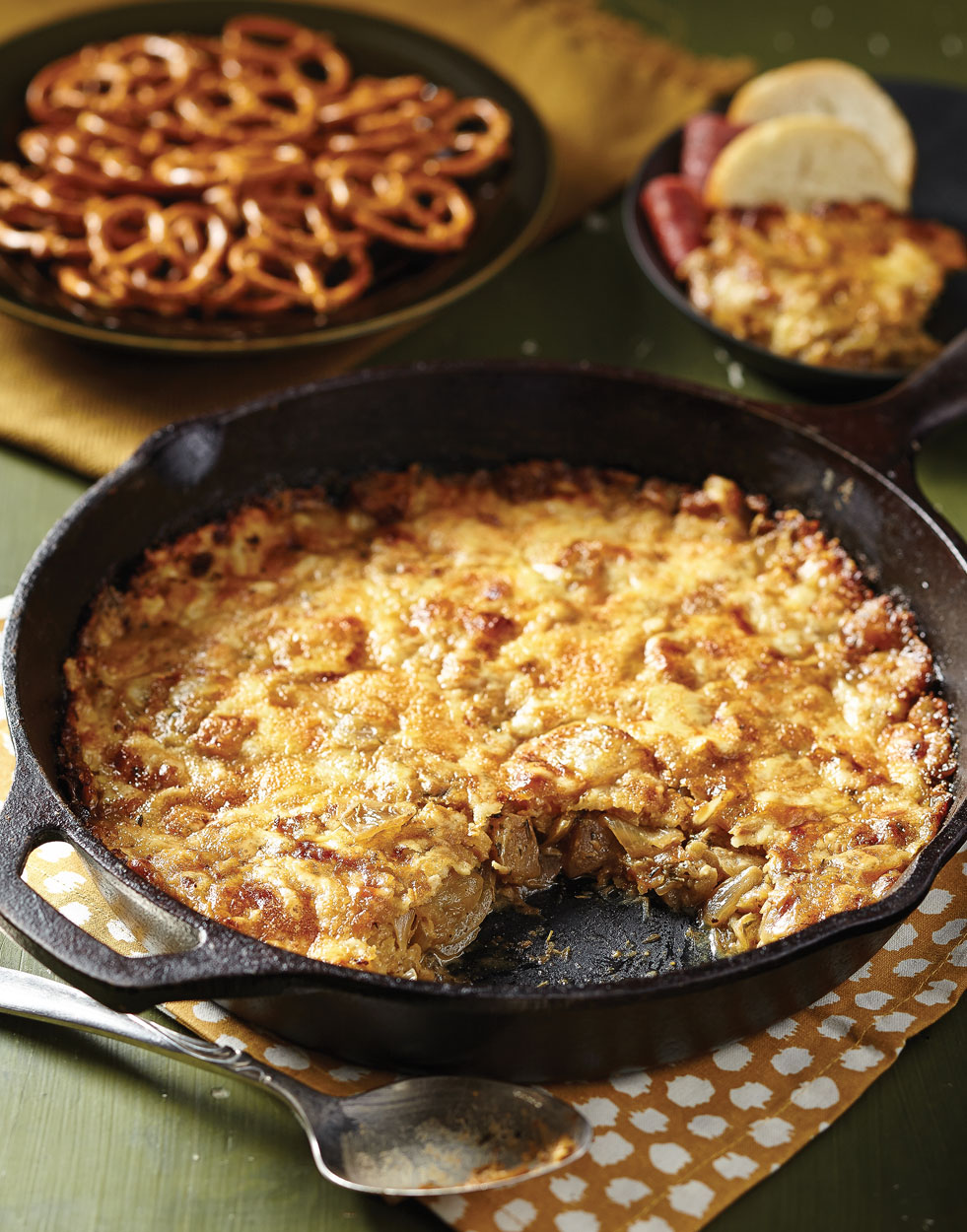