We're living in unprecedented times in the middle of this health crisis. Many people are turning to the kitchen for solace, sustenance, and entertainment. Here's one Cuisine staffer's story, plus some favorite recipes for grilling and baking while you're spending more time at home. 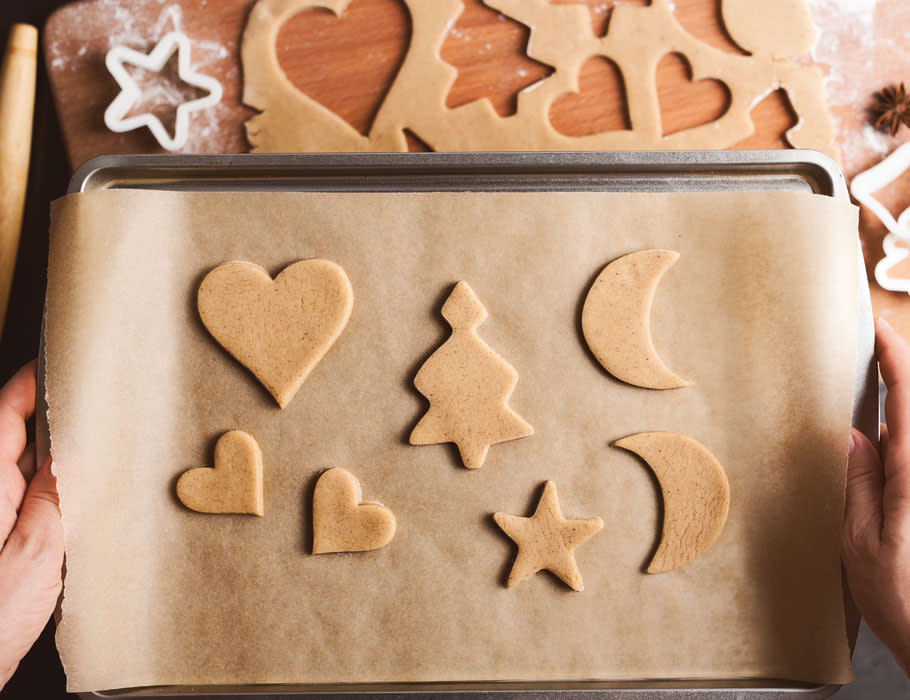 Burned all my notebooks, what good are
Notebooks? They won't help me survive
My chest is aching, burns like a furnace
The burning keeps me alive
Try to stay healthy, physical fitness
Don't want to catch no disease
Try to be careful, don't take no chances
You better watch what you say…
This ain't no party, this ain't no disco,
This ain't no fooling around
No time for dancing, or lovey dovey,
I ain't got time for that now

Baking During a Crisis

Okay I’m a boomer. I am in the at-risk cohort for Covid-19. When I was very young I knew a teenage woman in heavy leg braces from catching polio. Later, we younger boomers stood in long lines with our parents to be immunized. Through the ‘60s, nuclear war was a constant presence; I’ve practiced ducking and covering. Much later we got through the devastation that HIV/AIDS inflicted on our friends and friend’s friends. SARS and Swine flu have come and gone. For me, they were all near misses. It has been a long time to be in specific at-risk cohort 60 to 100 years old, it feels like something new — dare I say novel.

In the beginning of the Covid-19 crisis I had been cavalier about the pandemic; simply because as boomers we’ve seen and experienced a lot of crises and got through it. Two weeks ago, I was all over Hollywood, Griffith Park Observatory, Disneyland, the Ellen Show, Balboa Park, and four flights and three airports to get there and back. It has finally been hammered into my thick head that I am at-risk. I have every reason to be quarantined and working from home.

Before I began to hunker down, I went to the grocery store and I thought it was striking just what was missing off the shelves. Sure, sure, the toilet paper was gone but also the sugar and flour to my surprise. School has been suspended all over and apparently baking is going to be high on the agenda to keep kids busy through the balance of this quarantine. Cuisine can help keep the kids busy with dozens of cookies, cakes, and bars. Take Guinness Chocolate Chunk Cookies if there is any stout left over from St. Patrick’s Day, or Caramel-Chai Oatmeal Cookies for a less guilty pleasure and I wouldn’t forget Chocolate-Crusted Seven-Layer Bars for an actual guilty pleasure. Those are some cozy baked goods to have in quarantine.

I’m working from home; I am more or less quarantined. As far as self-isolating, well, generally give me a bottle of tequila, and after a while, everyone leaves me alone. Covid-19 just co vid yourself!

Grilling During a Crisis

Somewhere along the line I became the go-to editor when it came to develop and testing the grilling BBQ and smoker articles. This goes way back, way back, no further yet... Sink back 25 years ago when in a year's time, I had been responsible for incinerating two whole hogs in a giant mobile smoker. It’s too embarrassing to retell. But it speaks to how just because I’m a guy that I have the genetic material to do the grilling.

It’s a process. I was a sauté line-cook, not a broiler man. As with all things chefy by default, I must become a jack of all trades. I learned to grill, at home and at work. What sealed the deal was when I ended up taking over a photo shoot for an editor that didn’t know which end of a charcoal chimney to load.

Now that’s been over 10 years ago and I have done a lot of articles, pizza on the grill, slow smoked pork shoulder, steaks, chicken, fish, veggies, hard squash, soft squash, squishy squash, if it doesn’t fall through the grates I think I I’ve BBQ’d it. I’ve eaten a lot of smoke and I have stayed up way into the night babysitting a brisket or two. Italian Calzones on the grill, Breakfast Trout, and Lemon-Herb Smoked Pork. Plus you can read all about how to grill fish here.

Why then, in the midst of self-quarantining and social isolating did I fall apart this weekend when I went to grill up some burgers? The weather was accommodating, and I was happy to get outside.

Horrors of Horrors in Charcoalville — we were out of charcoal! Well not out of briquettes but not enough to fire up and cook with. I dutifully reported to my wife that dinner plans had changed.

Then I thought whoa, we have plenty of wood for the fireplace, some fat sticks and just enough apple wood briquettes to make it work. I laid two short wedge-shaped logs, thin edges facing each other, on top the charcoal rack. I set up the chimney with the dozen or so briquettes, some kindling, and a small but perfect sized log for the chimney. What was funny was that I didn’t really have any paper to ignite the load. Eventually after quite a few envelopes I got it burning and before I knew it, I had a blazer in my chimney. Before I lost all that flame, I poured the fire into the log cradle I had made in the grill and It worked magnificently. Talk about great smoke. I was really impressed with my ingenuity. I allowed myself to entertain the notion that I actually am a grill master.

I flipped the burgers, reminiscing about Haley’s Smash Burger article coming up in our next issue. I suddenly was taken with the notion that I could smash these patties on the grill. Stoked with my renewed confidence I readied the spatula. Stopped. Laughed at myself. Now, now I realized I was just being cocky. 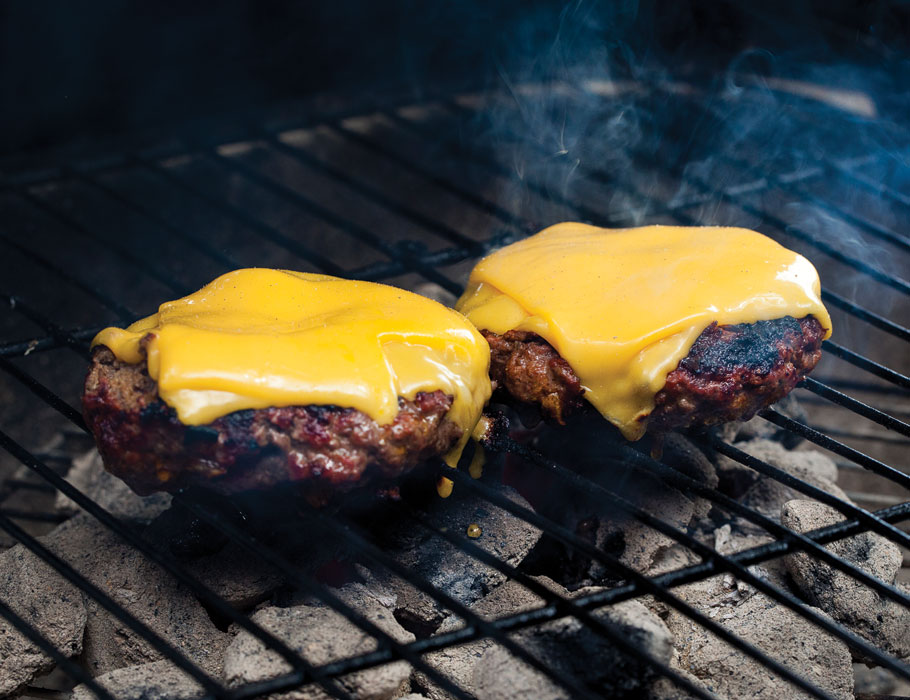