Hot sauces are love-it-or-leave-it for some, but for me, I love them so much that I devote entire sections of my fridge to them. Here are some of my favorite (really, the best) hot sauces. Plus, I shed some light on why some people are gluttons for pain and just can't get enough of the spicy sauces. 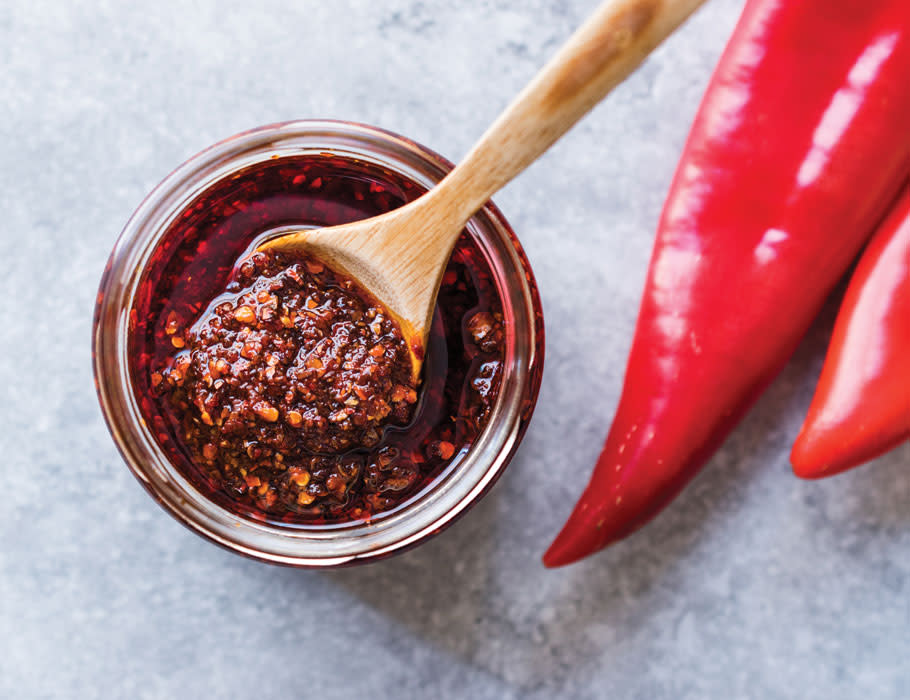 I’m a hot sauce fanatic. I’m serious. So serious that I’ve organized the shelves in my refrigerator based on specific sauce ethnicities. There’s a Mexican shelf, a Southeast Asian shelf, a Japanese and South Korean shelf, an Italian shelf, an Indian shelf, an American shelf, a Middle Eastern shelf, and a random shelf for sauces, like Jamaican jerk and Peruvian aji Amarillo, and a shelf for other spicy condiments, like horseradish and mustards.

My fetish began nearly 35 years ago when I traveled to Mexico. There I had my first taste of El Yucateco Picante de Chile Habanero Hot Sauce. It was a mind-blowing experience. Yes, it was scorching hot, but the flavor wasn’t like anything I’d ever tasted before. How could something so fiery be so flavorful?

Soon after sampling the Mexican hot sauce, I discovered a variety of Vietnamese sauces. In 1979, Iowa Governor Robert Ray created a resettlement program and agreed to bring in a group of Southeast Asian refugees. They brought with them their desire for ingredients from their homeland. Consequently, years later Asian markets started popping up in Des Moines. That’s when I discovered Sriracha, chili garlic sauce, and pepper sate. These sauces have been staples in my fridge ever since.

But why is it that I would seek out something that causes painful burning sensations in the first place? Am I a masochist? Am I a thrill seeker, a risk taker?

Why Some People Love Spicy Food

The answer has to do with science. The painful burning associated with the consumption of a chile comes from capsaicin [kap-SAY-ih-sihn], a potent compound that gives chiles their fiery nature. Surprisingly that hotness or spiciness is not a taste but rather a sensation. And because of the way our brains are wired, the burning sensation prompts the brain to respond by releasing endorphins and dopamine to relieve the pain and trigger a sense of euphoria, similar to a runner’s high or what a drug user might feel. I guess that means I’m a hot sauce marathoner or hot sauce junkie. Fortunately, though, my taste buds will regenerate themselves, so at least I’ll never have to worry about my sense of taste being permanently destroyed. And in terms of having an addiction, I’m OK with it.

See below for some of my favorite hot sauces, plus a great cookbook full of tips and recipes to make your own homemade hot sauces.