All About Cast Iron

Grandma didn’t need an arsenal of fancy pans — her cooking revolved around a trusty cast-iron skillet. But is it still relevant in today’s more sophisticated kitchens? An understanding of cast iron, its benefits, and how to properly care for it just might make you a convert. 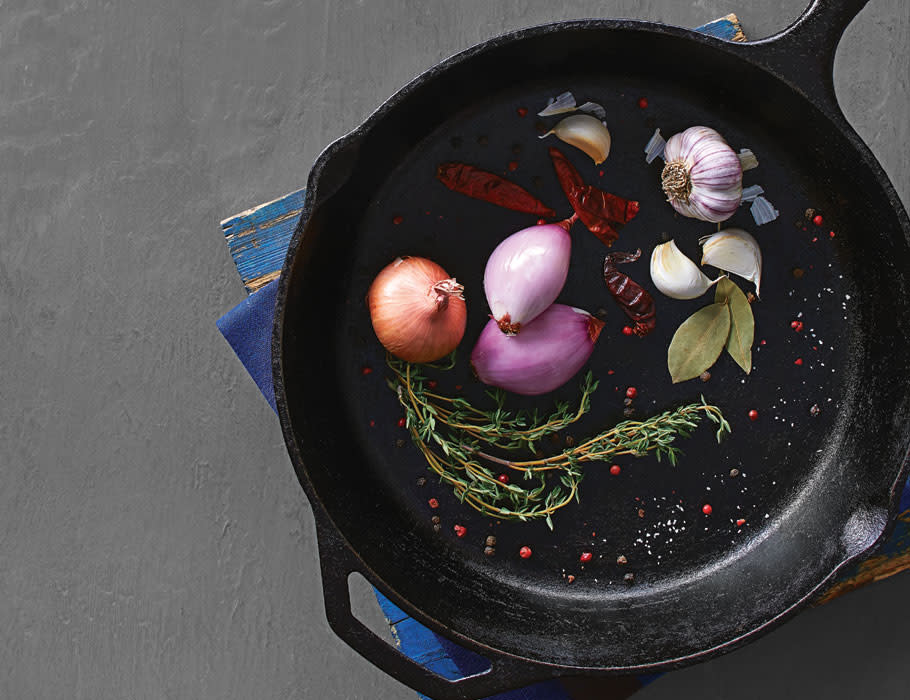 A BRIEF HISTORY OF CAST-IRON COOKWARE

220 A.D. — The first known use of cast-iron cookware was in China during the Han Dynasty. A block of iron was melted down, and the molten metal was poured into a cast made of sand, water, and clay.

600s — The first mentions of cast-iron cookware began appearing in Europe. The molding technique and shape of the pans created in the Netherlands gave us what we know as the Dutch oven. They were made with handles for hanging over a fire, or three legs, allowing them to sit directly in the fire.

Mid-1800s — The legless, flatbottomed skillets and pans we know emerged as Europeans and Americans started cooking on kitchen stoves, instead of over a fire.

2000s — Cast-iron cookware becomes popular again due to use by celebrity chefs.

Seasoning cast-iron cookware is crucial. The oil used to season the skillet forms a barrier that blocks food from sticking and penetrating into the skillet. The procedure itself isn’t difficult — the skillet is simply coated with oil, then baked. From then on, every time the skillet is used the seasoning improves. Repeated use creates a well-seasoned skillet that’s smooth and virtually nonstick. Some cast-iron manufacturers now preseason skillets at the factory.

The workhorse of skillets, cast iron goes from stove top to oven, capably handling everything from frying chicken to baking cornbread. It heats and cooks evenly, browns beautifully, and withstands the temperatures required for frying, searing, and blackening. And because it retains heat so well, cast iron is equally ideal for long, slow braising. There’s also a bonus health benefit that comes from cooking in cast iron — small amounts of iron are actually imparted into the food.

From cast-iron skillets to Dutch ovens, here are some of our favorite pieces. We use Lodge cast-iron products in the test kitchen, but there are other more expensive artisan brands coming on the market, like Smithey and Finex. 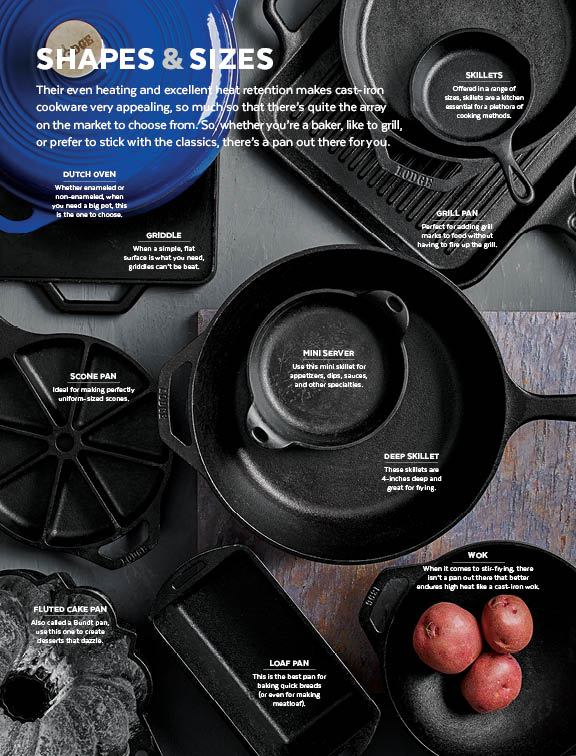 How to Clean & Season Cast Iron 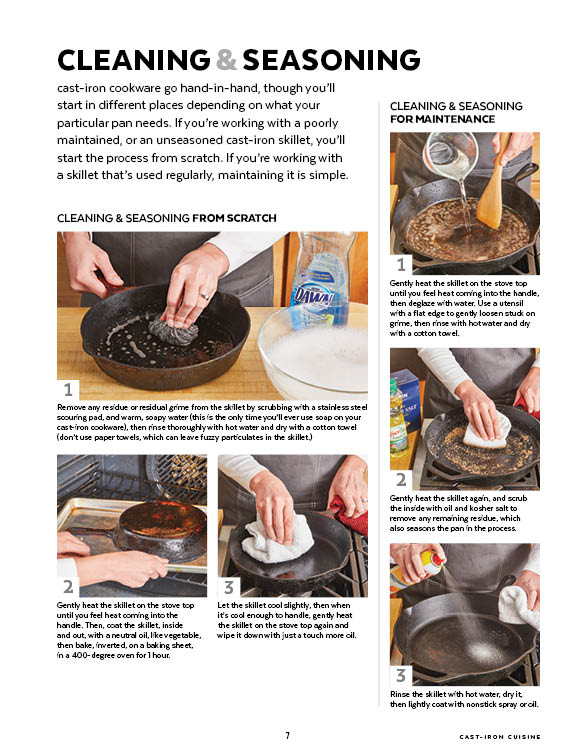 Some of our Favorite Cast-Iron Recipes