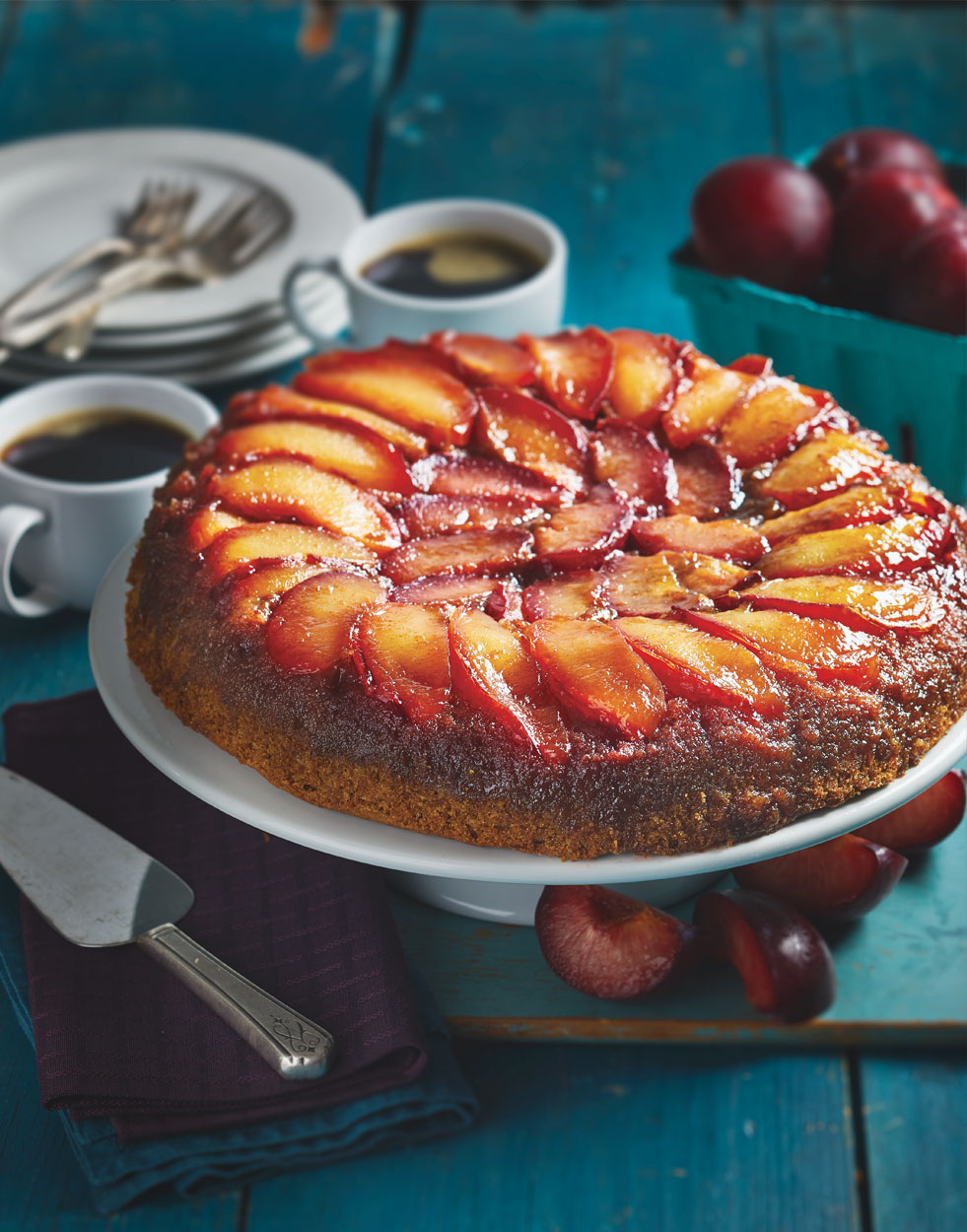 Though we made this cake with red plums in the Test Kitchen, there’s no reason you can’t use black plums instead.

Melt 2 sticks butter in a saucepan over medium heat and cook, swirling pan, until brown specks appear, 5–8 minutes. Transfer brown butter to a bowl and cool until nearly solidified.

Beat browned butter, remaining 1 cup brown sugar, and vanilla bean paste with a mixer on medium speed until fluffy, 3–4 minutes, stopping to scrape down sides of bowl. Add eggs, one at a time, beating well after each addition. Beat in zest and orange juice. With mixer on low speed gradually add flour mixture to butter mixture, beating just to combine.

Spoon batter over plums, spreading gently to cover skillet. Bake cake until a toothpick inserted into the center comes out clean, 30–40 minutes. Let cake sit 15 minutes, then invert onto a platter to cool completely before serving.

Want to give this recipe a try?