How to make perfect french fries at home 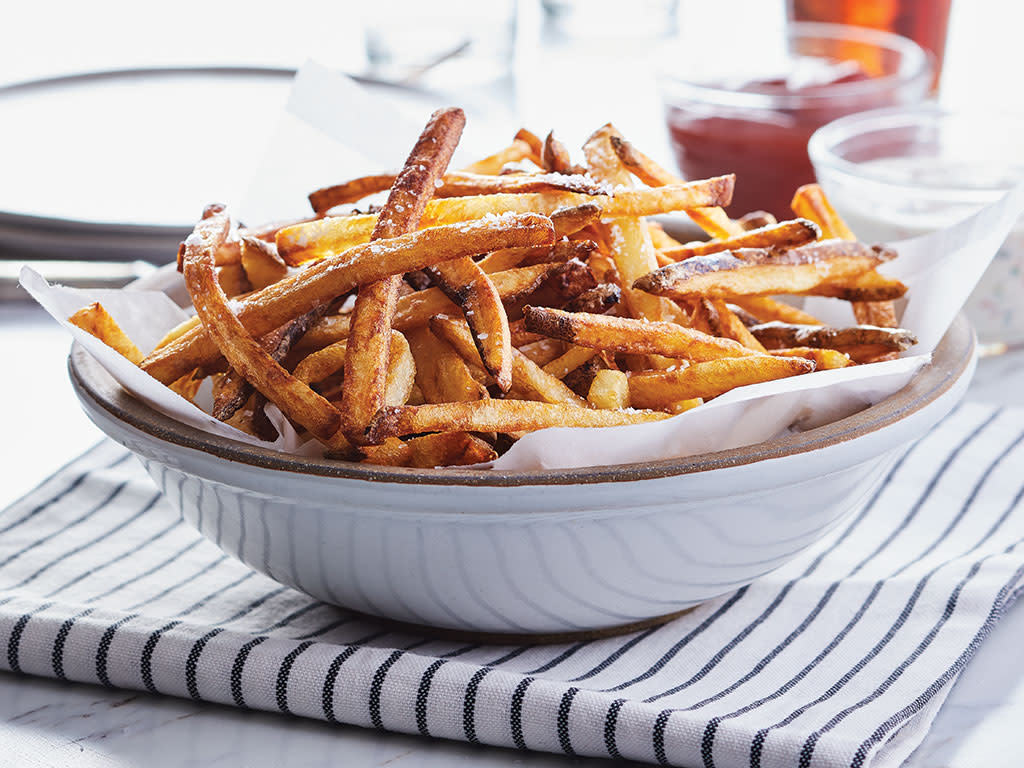 The first has to do with the type of potato — russets work well because of their high starch and low water content. The fries get crisp without turning soggy. The second factor to great fries is slicing the potatoes thinly, about the width of a pencil. Be patient as you do this — if they’re too big, they’ll be soft and greasy. And, soaking the potatoes removes excess starch and sugar, which keeps them from sticking while frying. Then, make sure to dry them well so the potatoes don’t become waterlogged or splatter while they’re being fried. Last, but not least, is frying the potatoes twice — first par cook, at a lower temperature, to eliminate some of the potato’s moisture and to cook the interior of the potato (which can be done ahead), then fry a second time at a higher temperature to create a gold, crispy exterior.

THE SLICE IS RIGHT

The key to crisp fries is the way they’re cut — thin. This can be a little tricky with big russets like these. So here are a couple of tips. First, slice a thin piece off one side of the potato. This creates a flat surface and keeps the potato from rolling on the cutting board. Second, as you’re slicing the planks into sticks, don’t cut more than three or four planks at a time. The starch in the potato is slippery and causes the planks to slide, which is a little dangerous. But it also makes it difficult to cut the potato into even sticks. 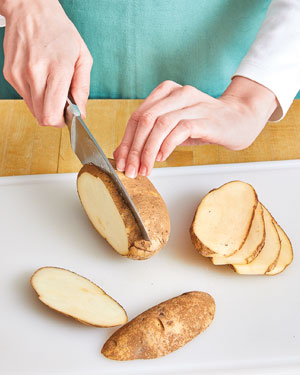 Start with good-sized russet potatoes and cut them into planks. Their high starch and low water content are key to making great fries. 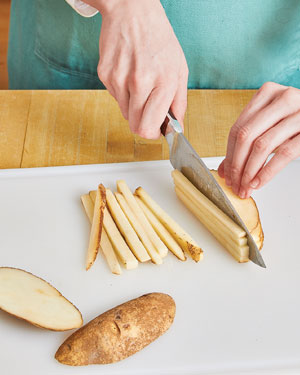 To ensure the fries cook evenly, cut the planks into uniform-sized sticks. Simply stack the planks, then slice them into ¼-inch sticks.

One of the keys to achieving a crisp texture is soaking the cut potatoes in cold water in the refrigerator for 1-4 hours. This helps draw out the starch, and “firms” them up so they are less likely to stick together while they’re fried. And as everyone knows, water and oil don’t play well together, so once the potatoes have had a good long soak, they must be dried, well, so they’re not waterlogged, or create a splatter mess when the potatoes hit the hot oil. 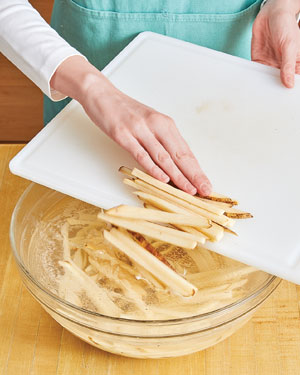 Soaking the potatoes in cold water removes excess starch and sugar and keeps them from sticking together when frying. 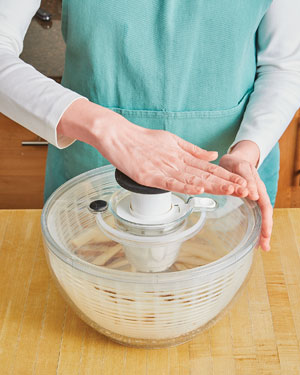 Drain excess water from soaked potato sticks in a salad spinner to prevent the fries from being waterlogged or from splattering when frying.

An essential step in achieving perfect fries is par cooking or blanching the potatoes at a lower temperature until slightly limp. This helps eliminate some moisture and allows the interior of the potatoes to become cooked. Then, for perfect crispness and browning, a second fry at a higher temperature is the ticket.

You can cut, soak (1-4 hours), and par cook the potato sticks up to 2 hours ahead. Refrigerate the potatoes until you’re ready to do the second fry. Then be sure to heat the oil to 375° before adding the par cooked potatoes. Again, this second fry, at a higher temperature, is essential for achieving that iconic crispness. 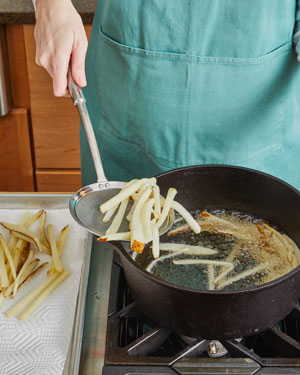 To evaporate some of the moisture and to cook the interior of the fries, par cook the potatoes at a low temperature first. 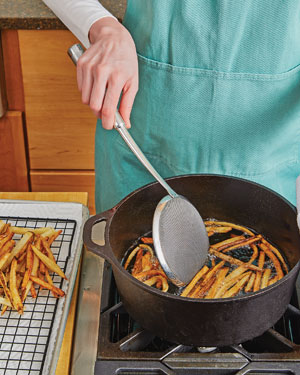 For perfectly cooked French fries with a crisp and golden exterior, fry the potatoes a second time at a higher temperature.

An oil’s smoke point is the temperature at which it starts to smoke when heated. Peanut oil has a high smoke point, making it ideal for frying French fries. Vegetable and canola oils are both good substitutes. 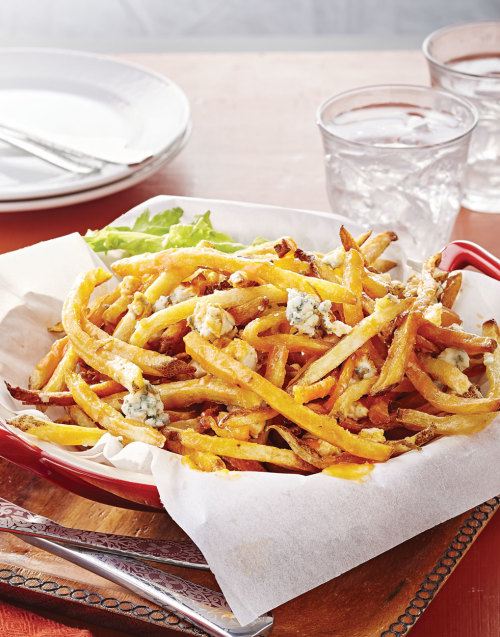 GET YOUR FRY ON

Achieve French fry nirvana with some of our favorite recipes!

Mexican by Cuisine at Home