How To Make Homemade Pasta

Homemade pasta is fun to make & easier than you think. 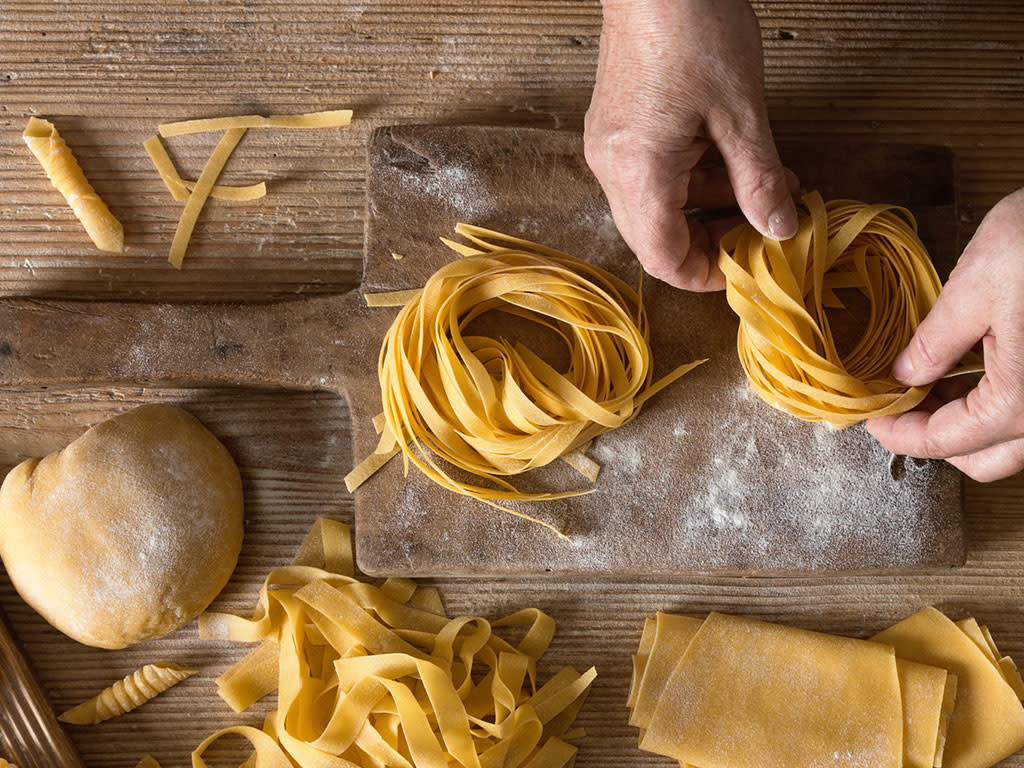 Bread and pie dough can be challenging to some cooks, but pasta dough doesn’t fit the same profile. Unlike bread dough, there’s no yeast to contend with, and unlike pie dough, pasta dough thrives on being “worked.” Extensive kneading helps form gluten (protein), which keeps the pasta from tearing as it’s rolled and from falling apart during boiling.

Because pasta dough can take more of a beating than other doughs, it’s perfectly fine (and fast!) to mix it in a food processor.

To begin, grab our Basic Pasta Dough recipe and mix up your dough.

Slowly add the egg mixture to the flour and process a minute or two until dough forms around the blade. 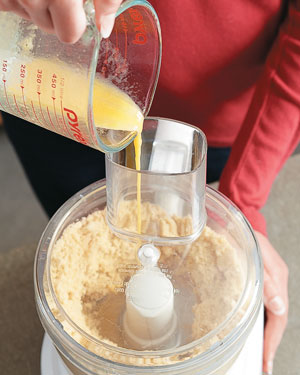 Knead the dough by hand on a floured surface until it’s quite stiff and smooth. 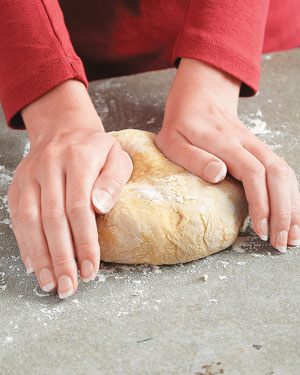 After mixing, kneading by hand, and dividing the dough, let it rest. A bit of down time allows the gluten that was formed during kneading a chance to relax so the dough doesn’t spring back when rolling.

Step 2: Use a Pasta Maker to Knead Pasta Dough

The next step is to knead the dough using the pasta maker in order to get it smooth and ready to be rolled out and cut.

Set up your pasta maker according to the manufacturer’s instructions (some clamp to your work surface while others attach to a stand mixer).

To knead, turn rollers to widest setting (#1), flour a dough portion, and crank it through the maker. Dust dough with more flour, brushing off excess, and fold into thirds. Keep kneading dough by folding and cranking through the maker at #1, short side first, until dough is smooth (about 10 times). Rewrap dough, let it rest, and knead remaining dough pieces. 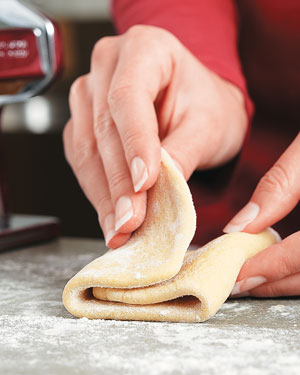 Rolling is similar to kneading except you gradually adjust the rollers to roll the dough thinner. Start by rolling a kneaded piece of dough at #2, then flour, fold in thirds, and roll it at #3, and so on. If dough starts to stick, dust the maker with flour and remove dough debris. 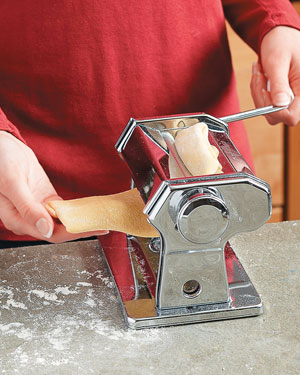 After rolling at #4, cut the pasta in half (it’s easier to handle) and fold both halves into thirds. 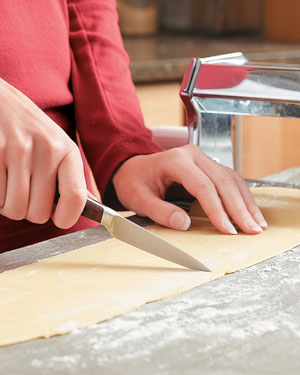 Continue rolling each pasta half up to #6 or #7, depending on how thin you want it, before cutting it into strands or shapes. Have a friend help you “catch” the cut strands of pasta, and lay them on a cornmeal-coated baking sheet. 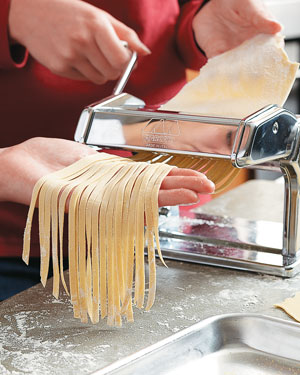 Now that you've got the pasta, here are some classic Italian sauce recipes to top it off just right! 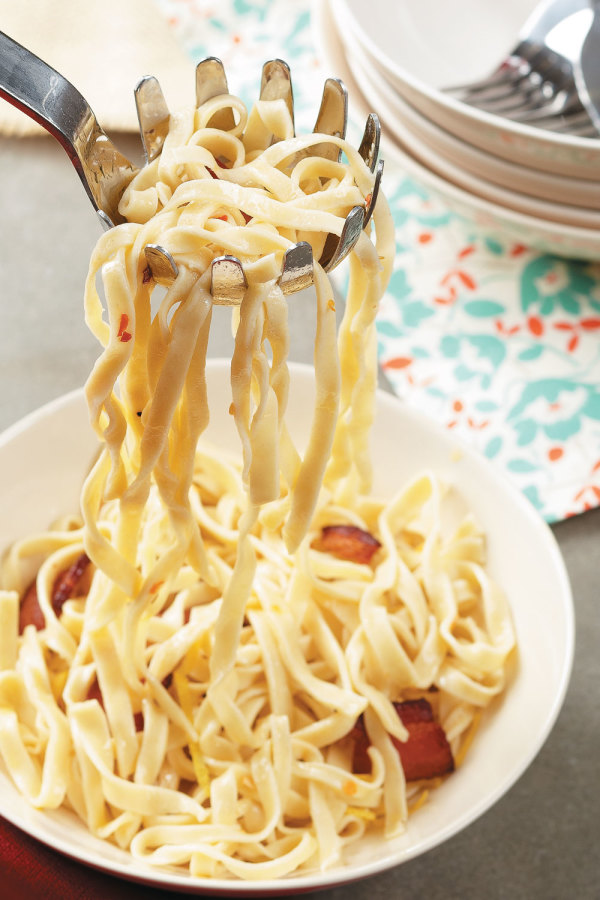