Clams: hard-shell vs soft-shell, and the many sub-varieties. 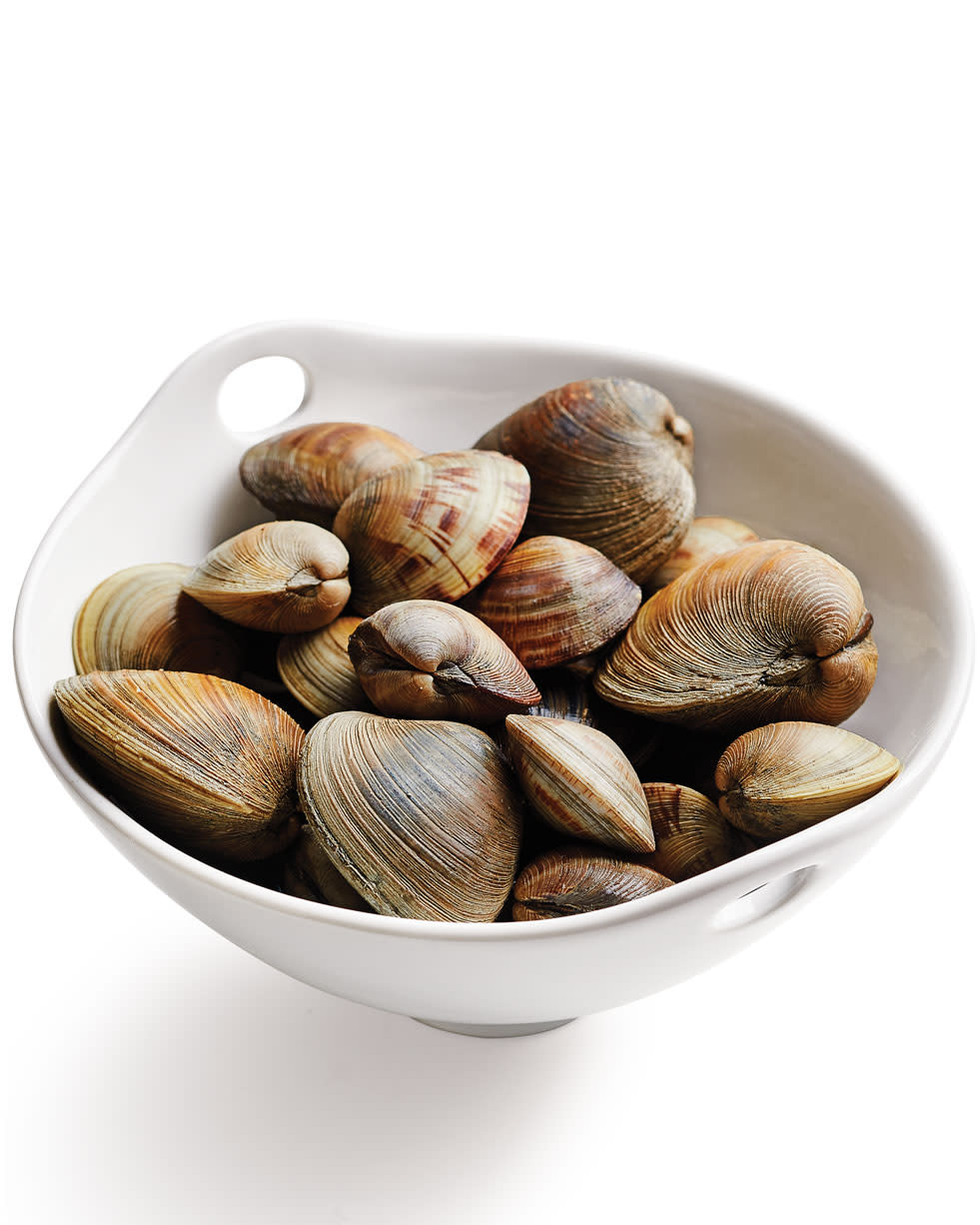 Briny-flavored and versatile, clams are one of our most sustainable seafood sources. They’re also low in fat, high in protein, and contain above average amounts of healthy minerals.

There are thousands of species of clams around the world, ranging in size, shape, color, and flavor, partially influenced by the sand and waters they live in.

There are two main varieties, hard-shell and soft-shell. East Coast hard-shell clams are basically all the same species — they go by different names according to their size: littlenecks, middlenecks, topnecks, cherrystones, chowder — they’ve simply been harvested at different stages. Atlantic soft-shell clams are known as steamers or Ipswich clams. Manila clams are a West Coast hard-shell variety native to Japan. They’re one of the most widely cultivated clams in the world. And, the razor clam is the most common Pacific soft-shell clam.