What’s the difference among the various colors of peppercorns? Do they taste any different? 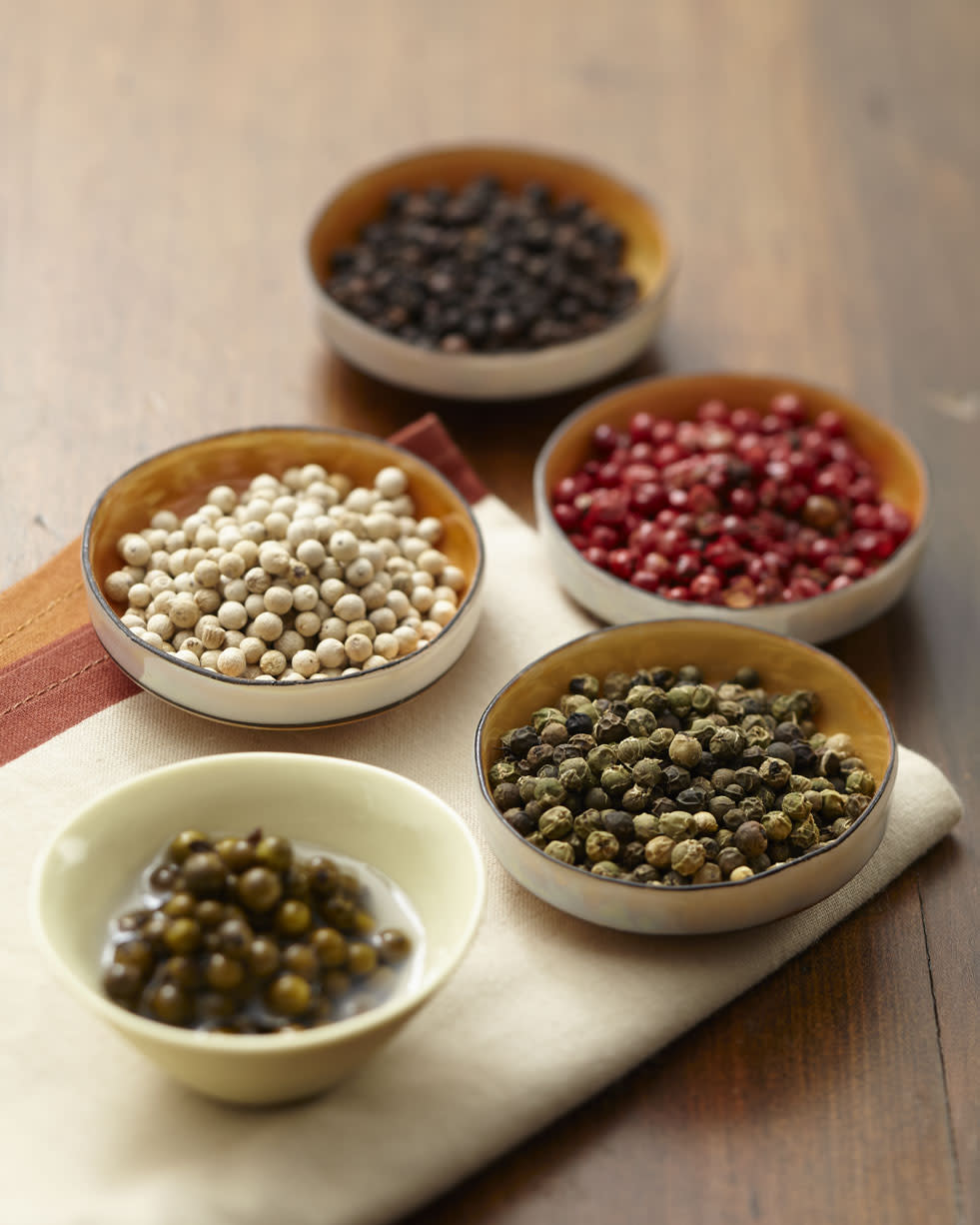 Three basic types of peppercorn are produced from the berries of the pepper plant: black, white, and green. Pink peppercorns are something else altogether.

Black peppercorns are the most common. Picked before the berry has ripened, they’re dried until they shrivel and the skin turns dark. They have the strongest flavor of the three, slightly hot with a hint of sweetness.

White peppercorns are the ripened, skinned berry. They’re less pungent, though when ground, they taste hotter, therefore smaller amounts are often called for in recipes.

Green peppercorns, the soft, underripe berry, are freezedried to preserve their fresh flavor. Often packed in brine, they’re available in cans or jars.

Pink peppercorns aren’t from the pepper plant, but are the dried berries of a variety of rose. Pungent and a little sweet, their thin, papery skin makes them hard to grind, so crush or use them with other peppercorns.