Spiral-sliced ham? It’s great for convenience, but for the best flavor, try a ham that you cook and carve yourself. 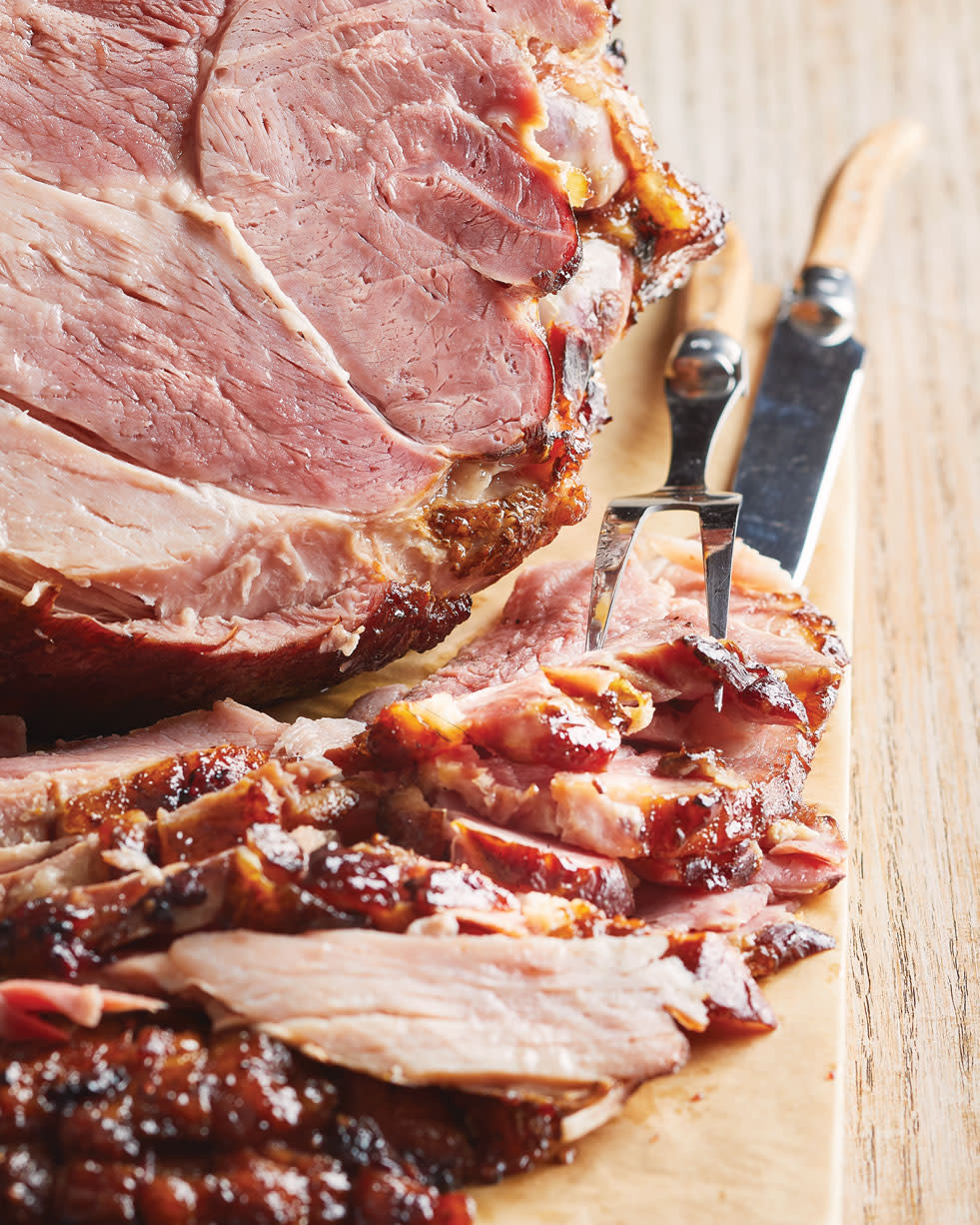 While spiral-sliced ham makes things nice, neat, and easy, pre-slicing takes a toll on the ham by exposing each piece to air. It’s this exposure that evaporates juices and robs the meat of moisture and flavor. So the key to a great ham “the way it used to be” is baking it yourself, then carving it while it’s still warm. Memory-making ham begins at the grocery store with buying the right cut. Here are some important things to know and look for.

BUTT HALF Ham comes one of three ways: whole, shank, or butt. Whole is hard to carve, the shank has too much connective tissue, but the butt … well, it’s just right. Its large muscles provide pure meaty slices that are easy to carve.

BONE-IN You want a bone-in or semi-boneless ham — just not boneless! Boneless ham is nothing more than ground ham that’s been mixed with a binder and re-formed. Bone-in ham is still easy to carve, and will serve 2-3 people per pound.

NO SLICES REMOVED Have you ever seen those nice individually wrapped slices called “ham steaks?” They’re from the center of the ham … slices that should be on your ham. If you see the word “portion” on the label, it means the best pieces have been cut out of the center of the ham. Try to find a half that says “no slices removed.”