Tips › How to Keep Shrimp & Lobster Tails From Curling

How to Keep Shrimp & Lobster Tails From Curling

Shrimp and lobster tails curl naturally when cooked, and that's okay — but straightening them has both visual and practical purposes. Curl no more with this simple tip! 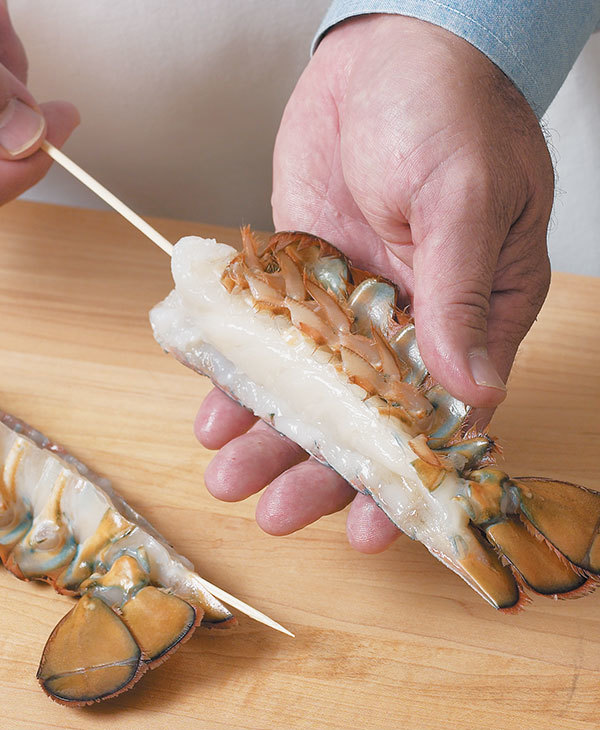 For some recipes, it's nice to keep shrimp and lobster tails straight for looks, but skewering the tails before steaming them also makes it easier to get under the tough shell and remove the meat.

In this recipe for Mini Lobster Rolls, the tails are skewered to keep them straight.

To do this, split the tails in half lengthwise. Holding the cut side up, run a skewer through the meat, as close to the upper shell as possible. Cook the tail as directed, then simply remove the skewer when done. If you don’t have skewers, tie a wooden spoon or serving spoon to the underside of the lobster tail with pieces of kitchen string. Then cook the tail as directed.

For shrimp, simply stick a wooden skewer in the tail to hold it in position while it cooks.

When steaming the lobster tails, place them in the pot shell side down. The shell helps protect the meat from the intense heat of the steam. 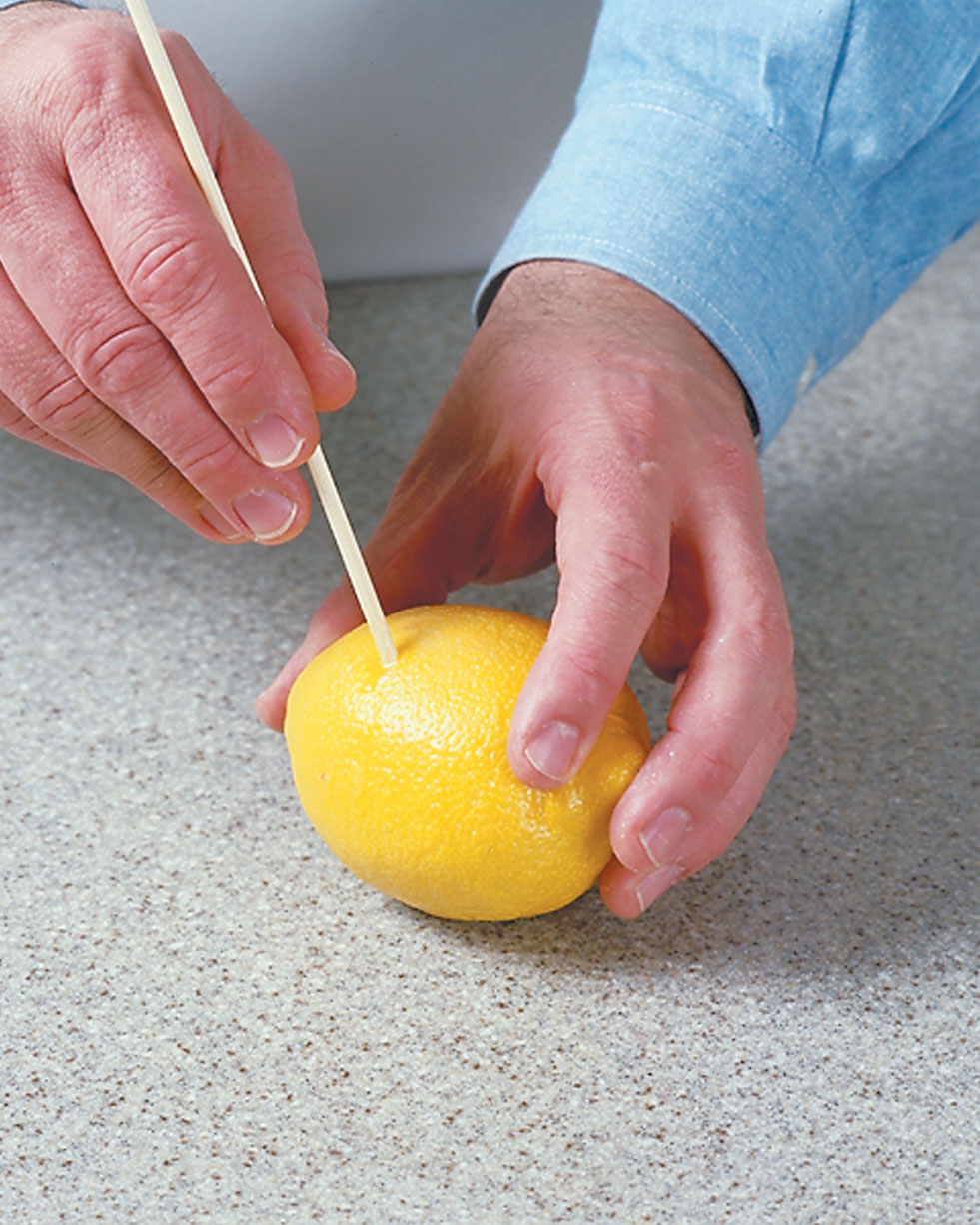 When You Need Just a Little Citrus Juice, Try This Hack

Why juice a whole lemon if all you need is a teaspoon? Here’s how to get just what you need …