Tips › How to Easily Cut Corn From the Cob

How to Easily Cut Corn From the Cob

Tired of corn scattering all over the kitchen when you cut it off the cob? Here's an easy way to keep it corralled. 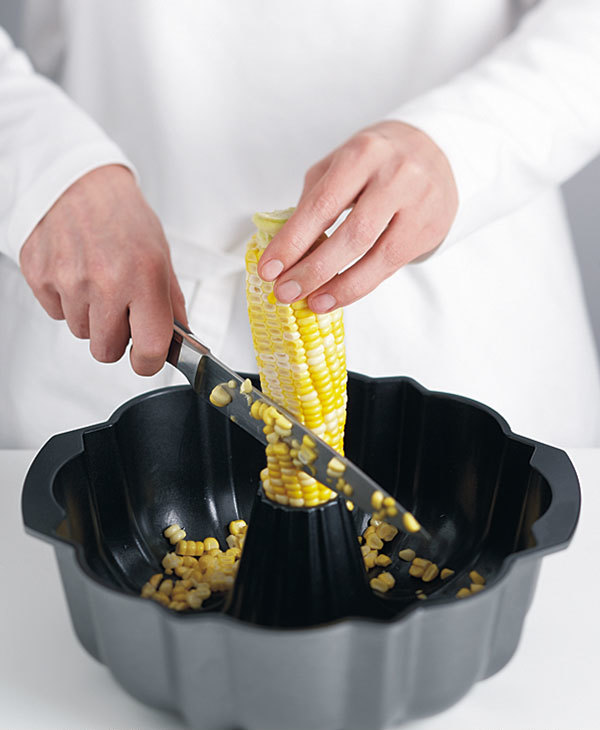 Cutting corn from the cob makes it easier to eat, but the kernels can be hard to corral. To keep corn in place while you slice it off the cob, set the end of the corn cob in the center hole of a Bundt pan. While holding the cob steady, make long downward cuts between the cob and the kernels. Not only does the hole in the center keep the cob stationary, the pan itself catches the kernels as you slice them. 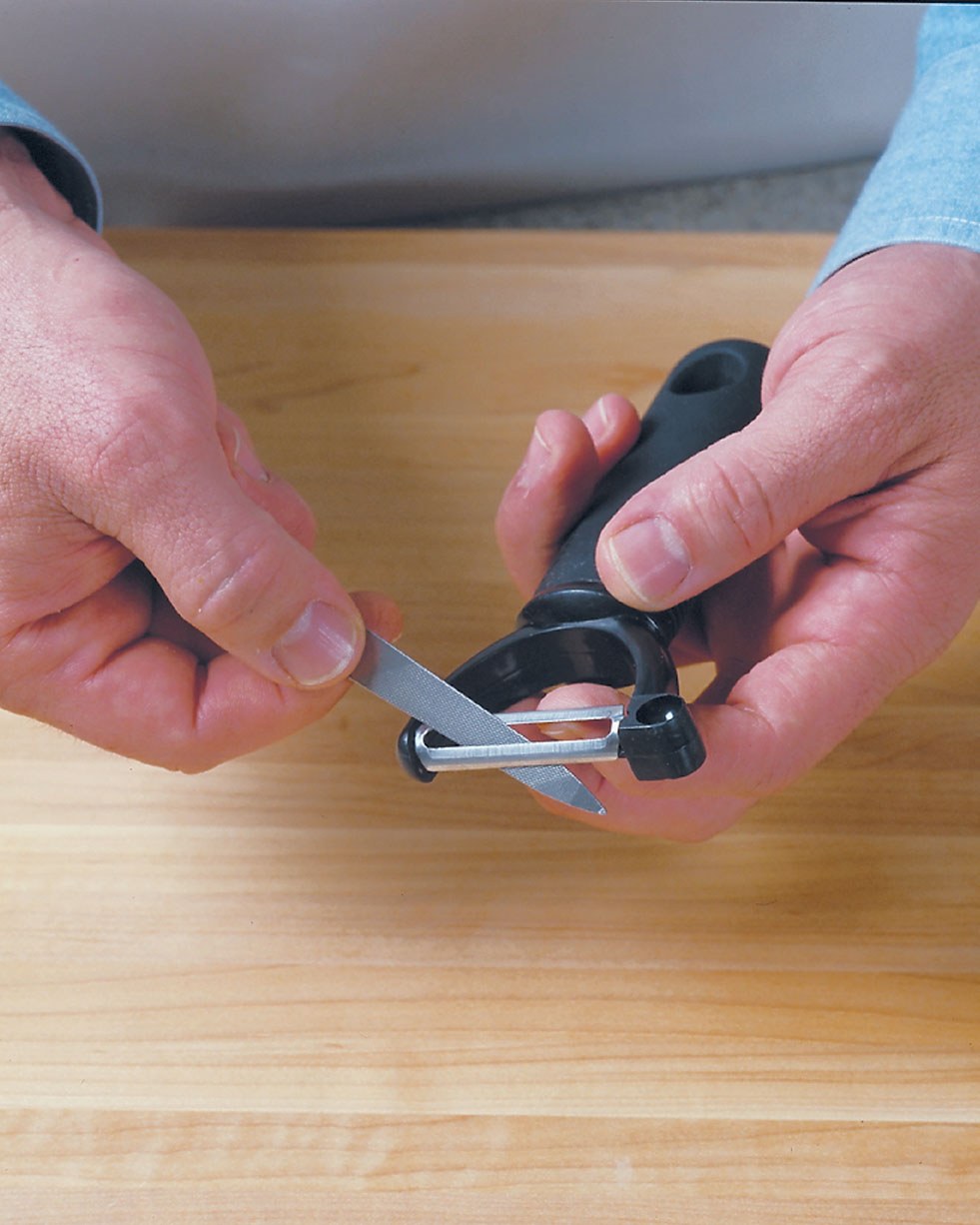 How to Sharpen a Vegetable Peeler

You may have never thought you should—or could—sharpen your vegetable peeler, but with this simple tip, you can ensure your …