Sweet, juicy, eat-’em-over-the-sink peaches — they’re nature’s reward for enduring the summer’s heat. And they’re worth the wait! Here are the peachy facts on the ultimate summer fruit, including how to choose and store peaches, and some delicious recipes to use them up. 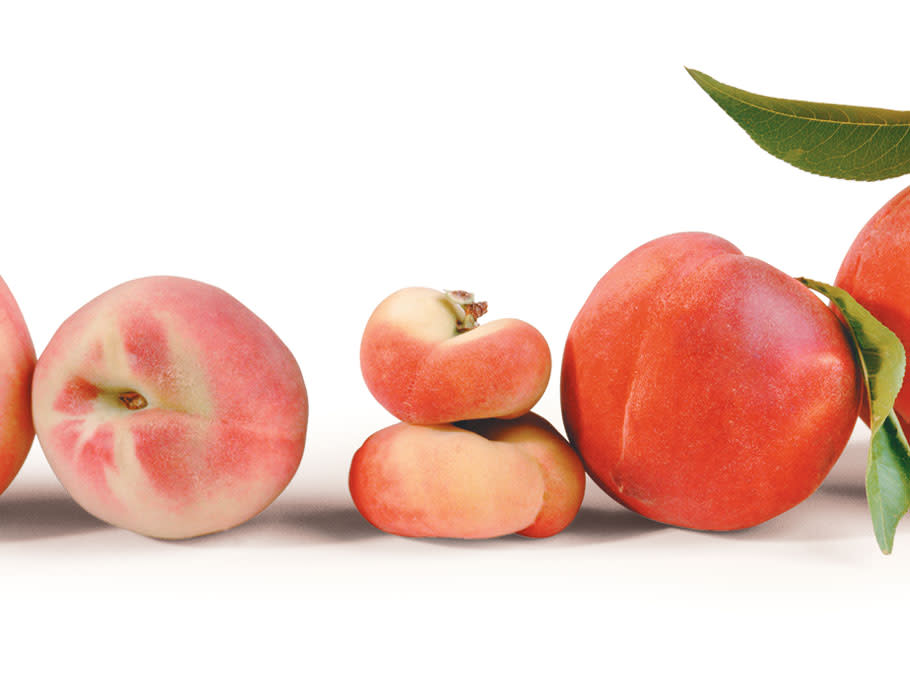 PEACHES ARE A “STONE” FRUIT, which means they have a pit, or “stone,” in the center. They fall into one of two categories: clingstone and freestone.

Clingstones are known for their firm flesh that stubbornly clings to the stone, making it hard to separate without mangling the fruit. But that’s usually not a problem because the majority of clingstones are used for commercial canning and the pits are mechanically removed.

Freestones have soft flesh that easily separates from the stone. Almost all peaches at the supermarket are freestone, especially this time of year. Though when shopping for peaches, they’re typically not labeled freestone or clingstone, so you won’t know which one you have until you cut into it.

Depending on the state where they’re grown, peach season runs from April through November. But the peak is in July and August. Orchards produce a number of varieties because they all mature at different times. Most varieties have only a 7–10 day window for harvesting, so the peaches you buy one week will probably be different than what’s available the next week. Peaches develop sugar only while on the tree — once they’re picked, they won’t get any sweeter. That’s why it’s important that the fruit is fully mature when it’s harvested. But mature peaches aren’t necessarily juicy and soft enough to eat right away. They may need to ripen, or soften, a bit more to be at their juiciest.

There are three key elements for making sure peaches were picked mature, and are tasty and fresh: color, smell, and skin. First, the color. Don’t be swayed by the blush or deep red of a peach. It has more to do with the variety than ripeness. Instead, look for peaches with a color of creamy gold to yellow at the stem end.

Stay away from peaches with a green-tinged background. They were picked too soon and will never be sweet. Next, let your nose be your guide. If the fruit smells peachy and sweet, it will probably taste peachy and sweet! And finally, look for peaches with smooth, unwrinkled skin and no bruising. Even slightly bruised peaches will go bad quickly.

Peaches don’t have a long shelf life, so it’s best to buy only what you need. If they’re hard, put them in a brown paper bag for a day or two. This encourages ripening. Use soft peaches right away or store in the refrigerator in a paper bag (never plastic) so they can breathe.

For the most flavor, eat fresh peaches at room temperature — cold temperatures dull their flavor. Because they turn brown when exposed to air, toss peeled or cut peaches with a little lemon juice to preserve their color. And don’t wash a peach until just before using — its thin skin could absorb or retain the moisture.

YELLOW PEACH There are hundreds of varieties of yellow peaches, but unlike apples, they’re not sold by variety. Instead you’ll often find them labeled by the state in which they’re grown. In addition to being sweet, yellow peaches have a pleasant tartness due to their acid content. They’re juiciest when they give lightly to gentle pressure.

WHITE PEACH The flesh of a white peach tastes exceptionally sweet because it has a low acid content. White peaches are at their peak of flavor and texture when still a little firm and crunchy. Unlike yellow peaches, white peaches lose flavor and taste flat if allowed to soften.

SAUCER PEACH This funky-looking little fruit is also known as a “peento” or “donut” peach. It’s relatively new to produce aisles but has actually been cultivated for more than 400 years. Grown mainly in Washington and California, it has a harvest season of 5–6 weeks, beginning in August. The sweet, white flesh is low in acid and tastes very similar to a white peach. 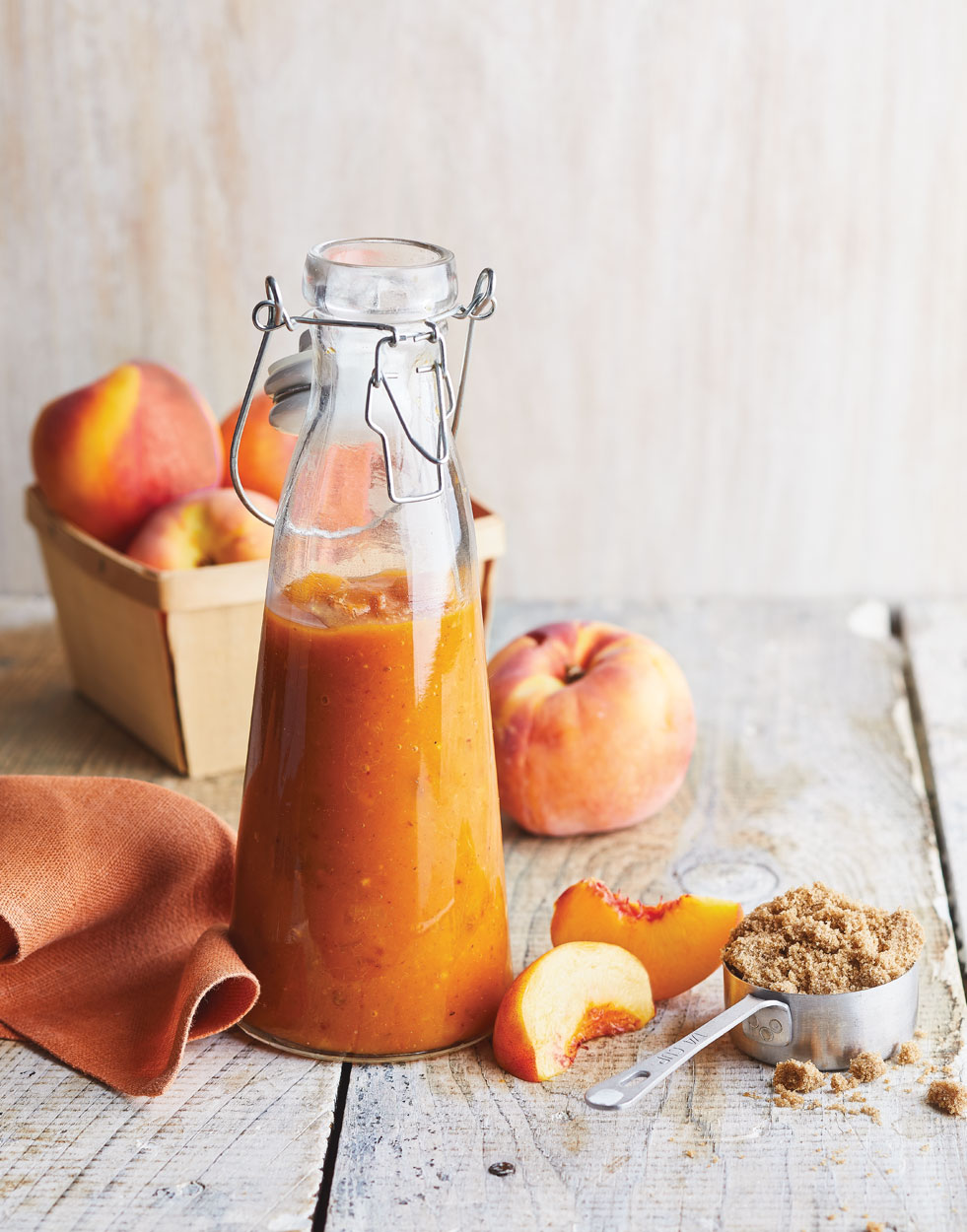