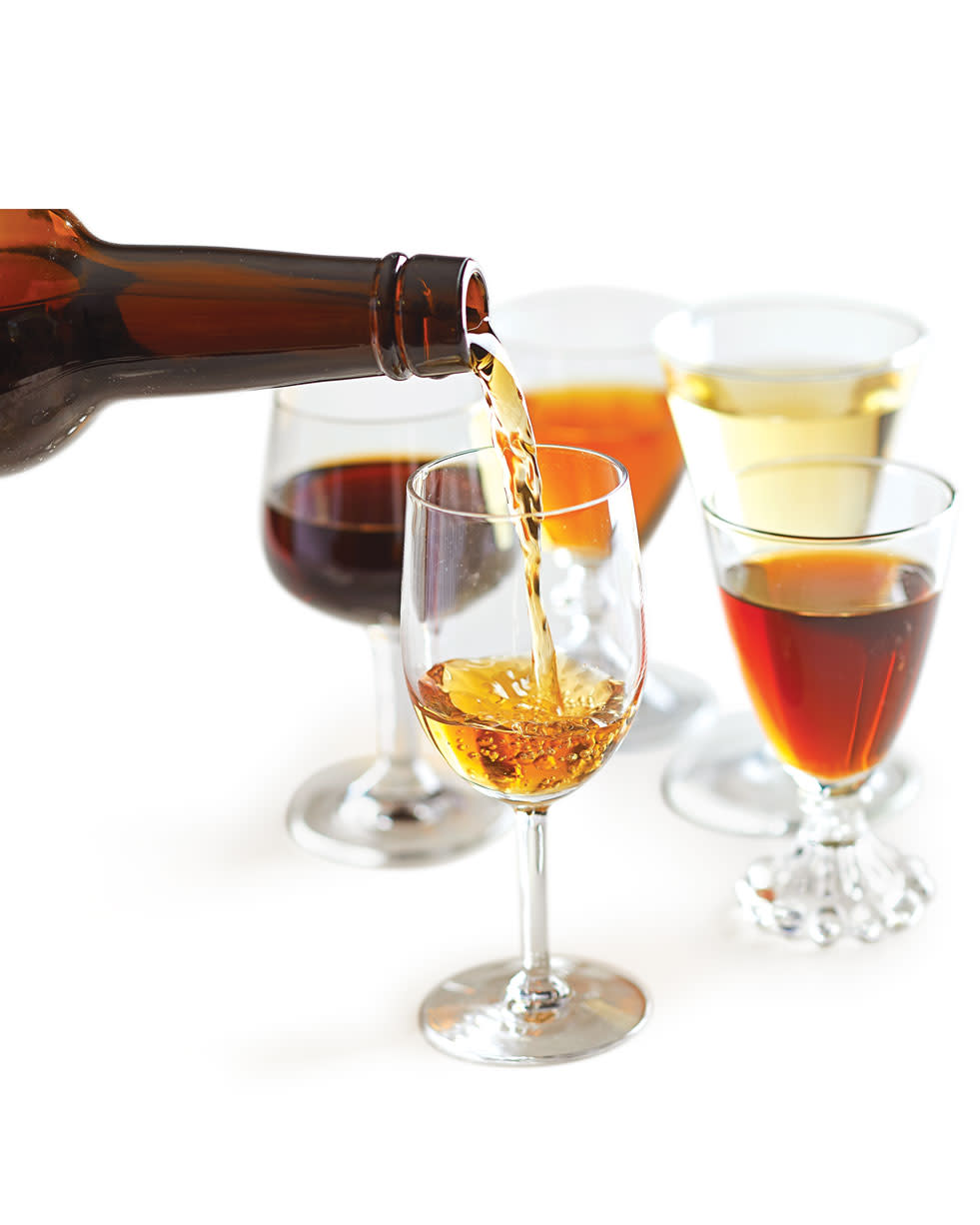 Originally only produced in and around Jerez, Spain, sherry is a brandy-fortified wine that ranges in quality, color, flavor, and sweetness. Here's a brief rundown of the different styles and how each one is made.

Fino is said to be the finest style. It’s dry and pale and by Spanish law must be aged at least two years under a layer of flor (yeast cap) in wooden barrels, but it’s typically bottled around 4–7 years.

Manzanilla is slightly more delicate. It’s also dry, plus a little salty, given the seaside location where it’s produced. It, too, is aged under a layer of flor and typically bottled around 3–5 years.

Amontillado, considered a medium sherry, is matured both under flor and then without. It’s darker and richer and often sweetened for export.

Oloroso sherries are sweeter, fuller flavored, and darker in color than dry or medium (half sweet) sherries. They’re aged in the absence of flor.

Cream sherries are sweetened sherries not aged under flor.

Sherry vinegar, made in southwestern Spain, is akin to balsamic vinegar in its complexity, but less thick and sweet than its Italian cousin.

Cooking sherry is strictly for cooking — you wouldn't want to drink it, as it contains added sodium to act as a preservative.