Which is bigger, a dash or a pinch? How big is a dollop? 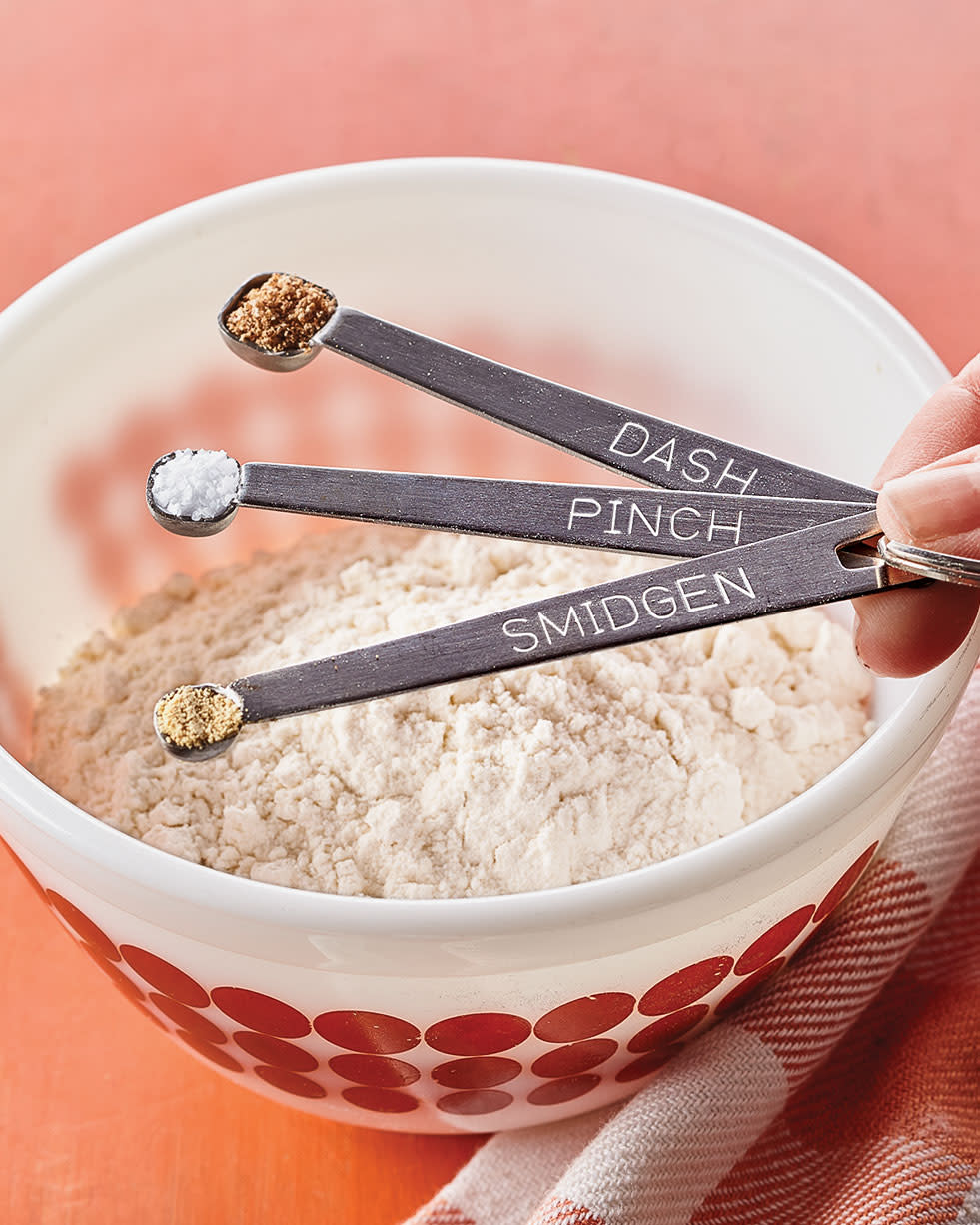 What is a pinch? A dash? A smidgen? And what about a dollop?

A dollop usually refers to a small portion — about a tablespoon — of soft food, such as sour or whipped cream.

A dash often refers to liquid ingredients, especially when making cocktails, because of the action of adding the ingredient, like bitters.

And a pinch is, as its name implies, the amount of an ingredient (such as salt or a dried herb) that you can pinch between your thumb and forefinger. There is also such a thing as a three-finger pinch, which refers to a “healthier-sized” pinch between your thumb, forefinger, and middle finger. In terms of the amount, it’s likely somewhere between ¼ and ⅛ of a teaspoon.

Mediterranean Menus by Cuisine at Home