Artochoke vs. Sunchoke vs. Jerusalem Artichoke

What's the difference between an artichoke and a sunchoke? What does a sunchoke look like? 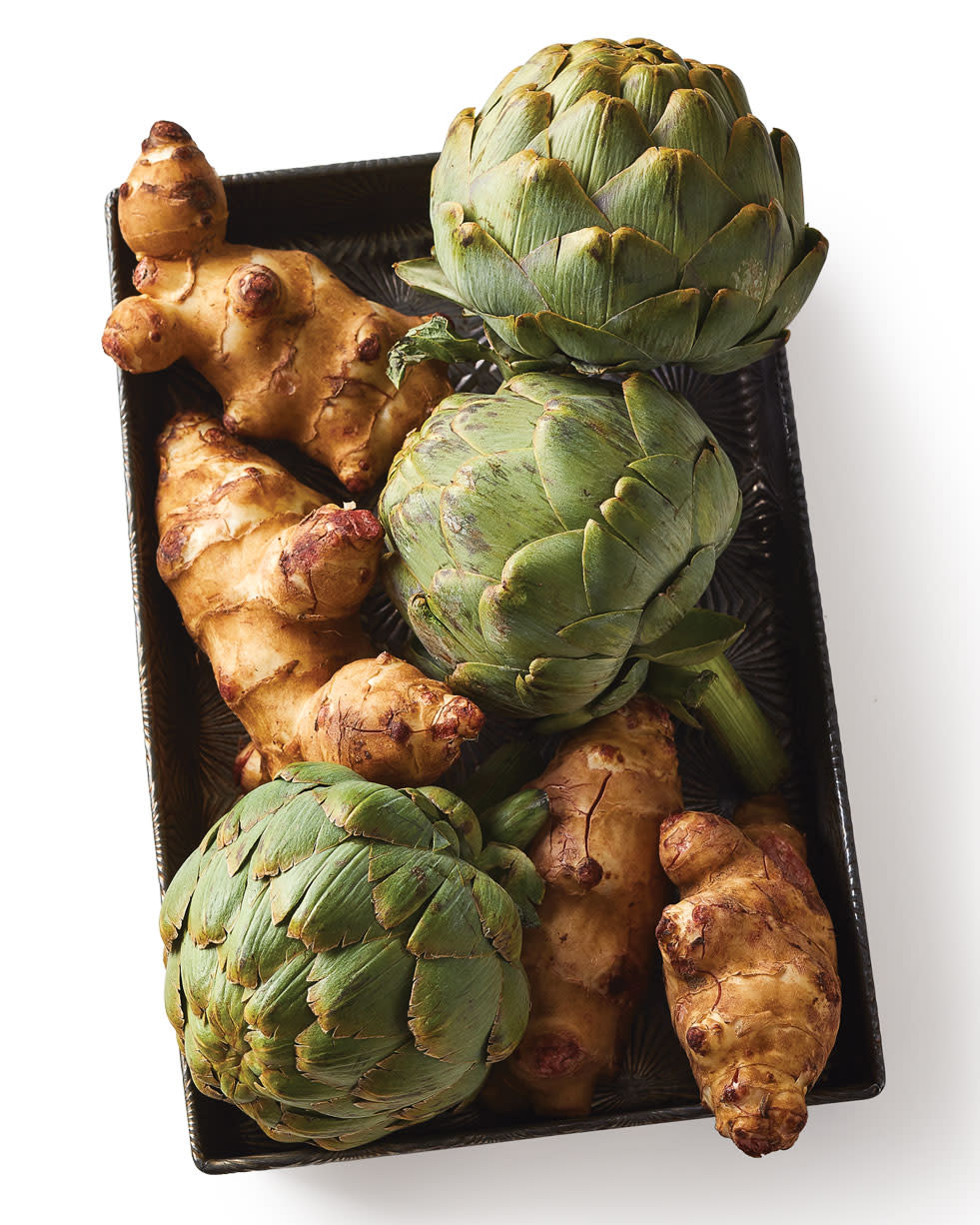 Are sunchokes, Jerusalem artichokes, and globe artichokes all the same thing? The short answer is: no.

They’re all vegetables, share similar names, and belong to the same family of plants (aster). But sunchoke and Jerusalem artichoke are just different names for the same thing — an edible tuber that looks similar to ginger — while globe artichokes (i.e. common artichokes) are altogether different.

Sunchokes are the edible tuber of a type of sunflower, and are especially touted for their inulin content — a type of soluble fiber that has limited digestibility so it doesn’t impact blood glucose and fosters the growth of good bacteria in the gut. Give it a try with our Barley & Chicken Bowl recipe.

Globe artichokes, a perennial thistle-like plant grown mostly in California, are an edible flower bud prized for their hearts, but their petals are also tasty. They’re particularly high in vitamin C, plus two major phytonutrients, cynarin and silymarin. Both sunchokes and globe artichokes are low in fat and calories and contribute essential minerals and fiber, making them a healthy addition to any eating plan.