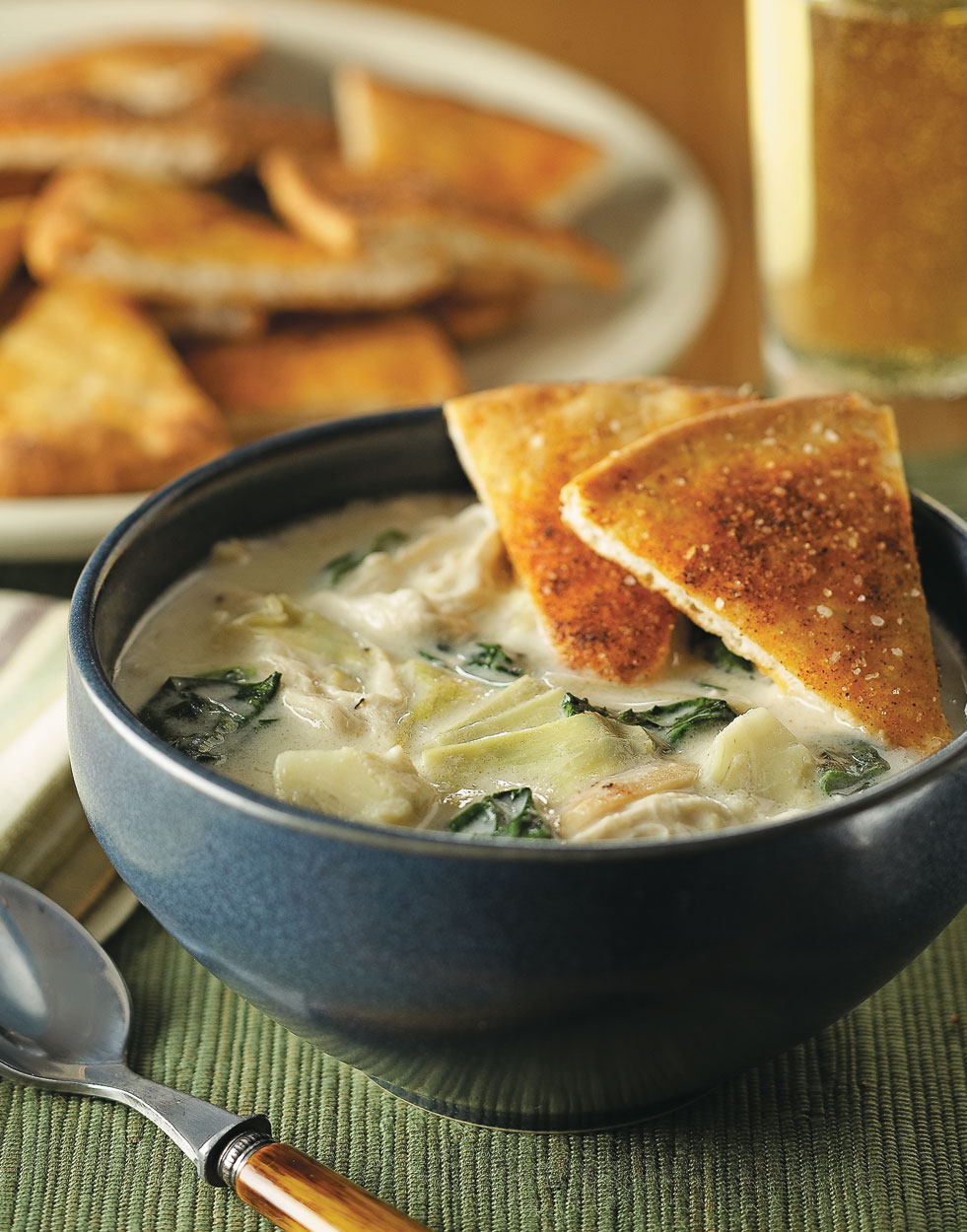 There’s a reason spinach-artichoke dip has been a restaurant menu staple for decades — it’s just so good. In this recipe for creamy, cheesy Spinach-Artichoke Soup it makes the leap from a popular appetizer to an impressive entrée soup, in just 20 minutes.

Pass up artichoke hearts packed in brine or oil for those packed in water. Not only do the marinated hearts have strong flavors and spices that don’t jive with this soup, but the oil they’re packed in makes the soup oily, too

Sauté leeks and garlic in oil in a large pot over medium-high heat until leeks are soft, about 2 minutes. Add chicken and artichokes; sauté 2 minutes, then stir in flour and cook for 1 minute.

Deglaze pot with wine, scraping up any brown bits, and simmer until nearly evaporated. Stir in broth, milk, and cream; bring to a boil. Reduce heat to low, add the spinach and Parmesan, and stir until spinach wilts; season soup with salt and pepper.

Stir the flour into the vegetables and chicken until coated. The flour will help thicken the soup

Because the heat from the soup wilts the spinach so quickly, add it just before serving.

Whether they're dunked in hummus or paired with a creamy soup—pita chips are versatile with a variety of foods. Preparing …

This classic soup from Guadalajara, Jalisco, is traditionally made with beef. Meaning literally “beef in …

Typically not considered weeknight fare, beef stew can now be made in under an hour …