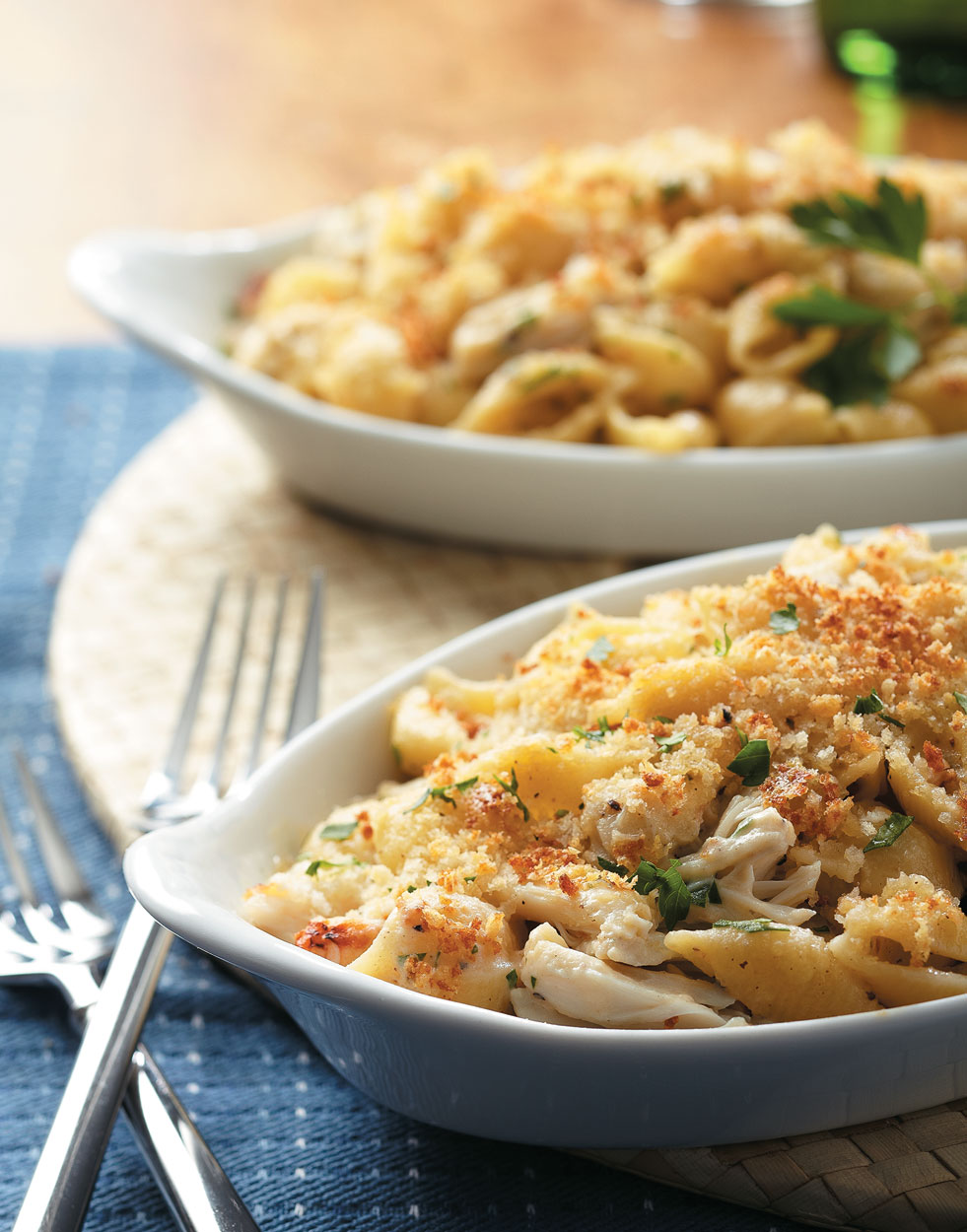 A cross between mac ‘n cheese and stuffed shells, this dish has fantastic flavor as well as luxurious looks — and you don’t have to bother with any tedious stuffing. Just toss bite-sized shells with rich, creamy Alfredo sauce and sweet crabmeat, fill up individual baking dishes, then sprinkle on cheese and bread crumbs before broiling.

You can make and assemble these casseroles in the morning, then refrigerate them. Add the topping just before broiling.

Cook shells in a pot of boiling salted water according to package directions; drain. Rinse shells under cold water.

Stir in lemon juice; season with salt. Transfer sauce to a large bowl. Fold crabmeat and shells into sauce; divide among prepared dishes.

Lemon juice adds bright flavor. Add it at the end of cooking to keep the cream from curdling.

To keep the crabmeat in large chunks, be sure to gently fold it into the sauce.

Topping the casseroles with panko and Parmesan adds great flavor, texture, and browning when baked.

Swiss chard has a mild earthy flavor that's similar to beets (they're in the same family). And since the leaves …

Lean and nutritious, Jerk-Spiced Catfish is the perfect catch for dinner when served with a …

Veggie- and protein-packed, this soup is so satisfying. Squash and carrots add color, while beef …

This Italian-inspired menu takes an old classic, often made with veal or chicken, and rethinks …