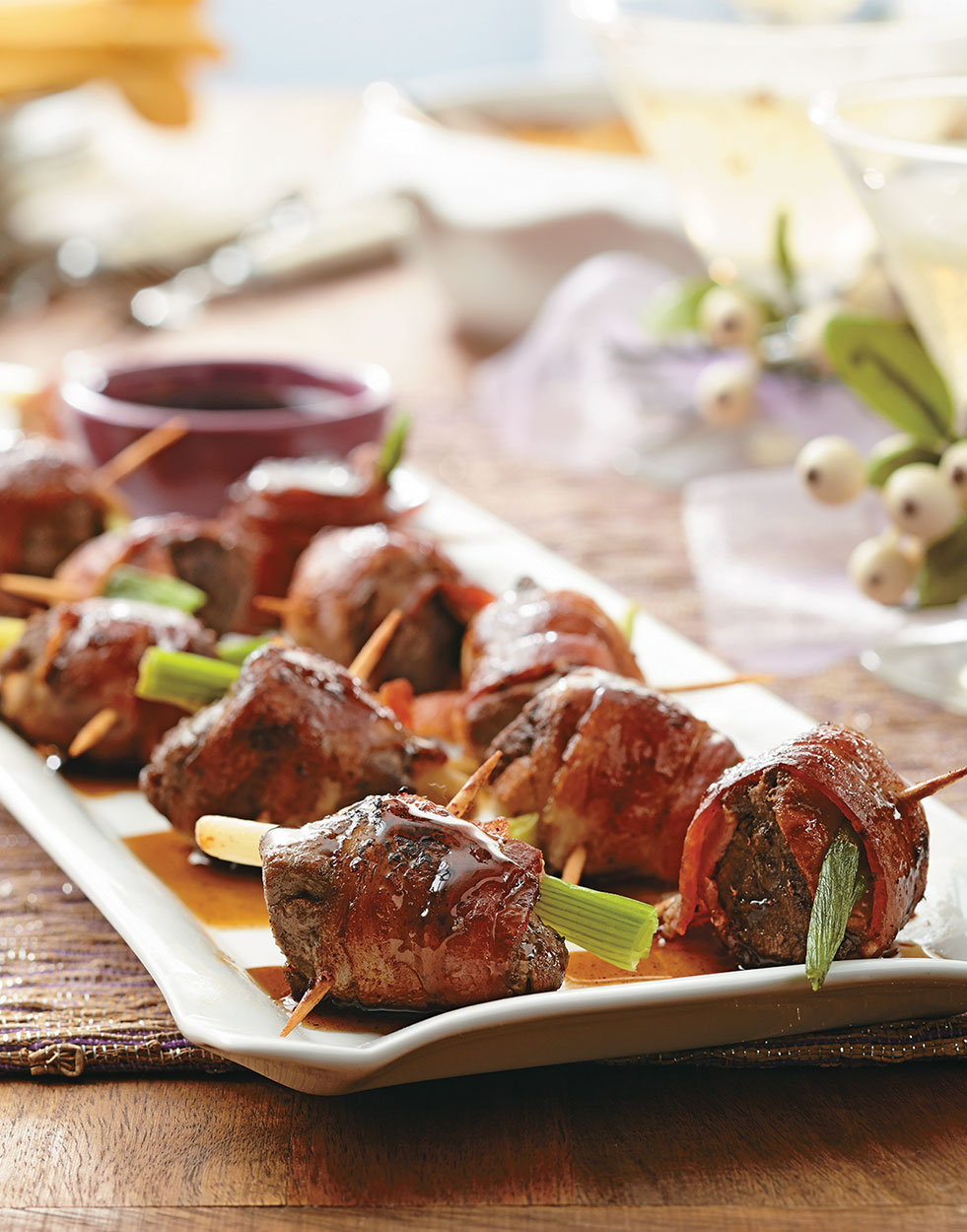 Whether you’re going for an elegant soirée, or a casual get-together, this Tenderloin Rumaki appetizer will make your party feel new — no matter how many times you host. And quick and easy prep means you’ll have more time to spend with kindred spirits, too.

FOR THE RUMAKI, WRAP:

FOR THE SAUCE, WHISK:

Tenderloin is the best cut for this appetizer, but you can also substitute less expensive New York strip steak or sirloin steak as well.

For the rumaki, wrap beef chunks in bacon strips with a scallion piece and water chestnut; secure with a toothpick.

Sear rumaki in a sauté pan coated with nonstick spray over medium-high heat on all sides until brown.

Transfer pan to oven to finish cooking rumaki, 7–8 minutes; transfer to a plate. Pour off drippings from pan.

For the sauce, whisk together bourbon, brown sugar, and vinegar; pour into pan over medium-high heat and scrape up any browned bits. Simmer sauce until syrupy, 2–3 minutes, then season with salt. Pour sauce over rumaki.

Roll each beef chunk with bacon to hold the bites together. Use thin-sliced bacon so it cooks quickly.

After sautéing the rumaki on all sides, transfer the pan to the oven to finish cooking the meat evenly.