What is Tahini and How to Use It

Tahini is the darling of the food world, but it's been around for ages. Here's everything you need to know about this rich and creamy sesame paste, including which brands of tahini to buy — plus a few tahini-focused recipes to use up that jar. 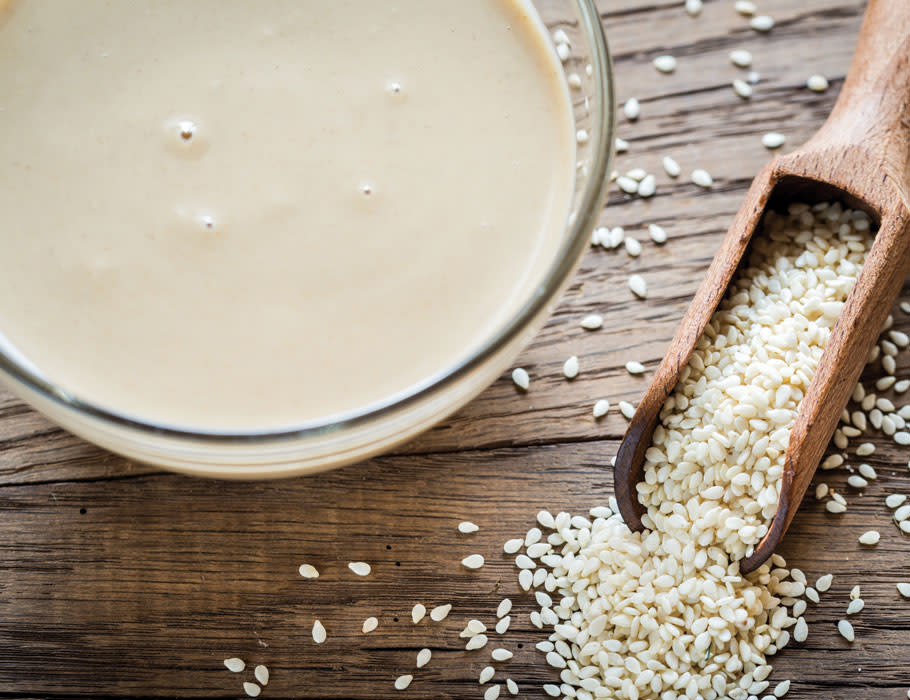 Tahini (or tehina), at its core, is a sesame seed paste that’s a staple of Middle Eastern and Mediterranean cooking. When ground, sesame seeds magically emulsify into an incredibly versatile, much-loved, and now-trendy paste so many have come to cook (and bake) with. It resembles peanut butter or other nut butters, but don’t get them confused! Nut butters are generally sweeter while tahini is pleasantly bitter. It’s rich, creamy, and deeply savory flavor lends itself to a complementary or starring role in so many recipes. When did tahini really take over the world as the new “it” food? It’s hard to say, but it seemed to directly coincide with the time hummus took over the world and people realized they could make really good hummus at home. (Secret: The best hummus has an absurd amount of tahini in it. Don’t be scared.)

It’s hard to say when exactly tahini came into my life. My first unknowing foray into tahini was when I tried hummus in college from a local Mediterranean restaurant, which I thought was absolutely disgusting and turned me off from hummus for a VERY long time. This is the same hummus I now love and eat regularly when I’m not making my own. I grew up in Iowa and global foods, like sushi, Middle Eastern, and Mediterranean dishes were just not part of my repertoire then. It took the big, broad world of college, where I met a lot of people from the Chicago area whose tastes far exceeded mine, to introduce me to many of the foods I now love. I do distinctly remember reading about tahini in cookbooks like Zahav and Molly on the Range, where the delicious condiment/sauce/spread (what do we call it?) plays a prominent role. I first bought a jar of my very favorite brand, Soom, when I made Michael Solomonov’s hummus from the Zahav cookbook one Easter. After that, I was hooked. I now stir it into salad dressings, use it excessively in baba ghanoush and hummus, and make the best chocolate chip cookies with it.

The History of Sesame Seeds and Tahini

The sesame seed has a storied world history. The oldest mention of sesame is in a 4,000-year-old document that references serving the gods sesame wine — I’d love to be a fly on the wall there. What exactly is sesame wine? In Hinduism, sesame seeds are regarded as symbols of immortality. In the legend of Ali Baba, the magical phrase “open sesame” granted entry into the cave where the famous 40 thieves had hidden a great treasure. While sesame seeds were a major crop in the Middle East in ancient times, this is no longer the case. But their influence is still substantial. Tahini is so popular in Israel that they are second in the world (behind China, with a population of over 1 billion) in per capita sesame seed consumption. It’s no wonder you’ll find the ingredient in recipes from hummus and baba ghanoush to sauces for falafel and stirred into granola. Hey, it’s not uncommon for a tahini-and-date-syrup sandwich to be eaten in Israel as a snack.

How Tahini is Made

The best sesame seeds are grown in the incredibly fertile Humera region of Ethiopia where the crops really thrive. The plants grow in pods that split open when when ripe and mature to reveal the tiny seeds inside. The seeds are soaked in water, then hulled so the tender inner germ separates from the outer shell. The seeds take a trip through the centrifuge to purify them (and remove any waste) before being gently roasted and ground into creamy tahini. 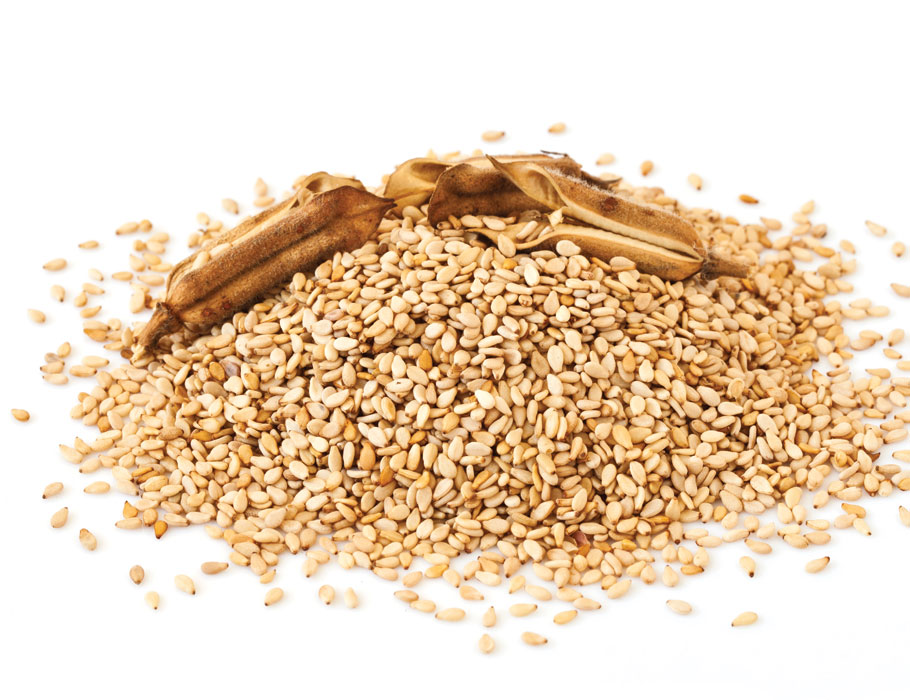 Yes, you can make tahini at home, but no, I haven’t done it, and despite being a I-like-to-make-everything-from-scratch (at least once) type of person, I don’t think I ever would make it at home. You just don’t know the quality or freshness of your sesame seeds, and it would take a very large quantity to yield any sizable amount of tahini. Plus, you’d have to have a powerful blender to ensure it’s completely smooth. I’d rather just buy it!

Tahini is a superfood (super buzzworthy, I know), rich in omegas, protein, calcium, and a vegan source of iron. It is a seed butter, so it is rich in fat and calories, too. Hope that didn’t burst your bubble or anything. It’s shelf-stable and lasts for a very long time when properly stored, and can be used in everything from cookies and brownies to sauces and condiments. I like to keep my tahini in a cool, dark place, and I refrigerate it after opening.

What Tahini Should I Buy

First of all, if you see anything other than sesame seeds on your jar of tahini, stop, drop, and roll away from it. You’re looking for pure sesame paste (okay, maybe a little salt is okay). My favorite artisanal brands are Soom, Seed & Mill, and Lebanon Valley, but you have to order these online. In the Test Kitchen, we often use Joyva because it’s easily accessible here. You can find black tahini in some specialty stores and online — this is simply made with black sesame seeds instead of white. It’s an especially stunning addition to sauces and swirled into breads but can be an off-putting color to some. You can even find tahini mixed with chocolate — think Nutella, but all grown up.

There is also a Chinese sesame paste you can purchase in Asian markets and online. It’s most commonly used in Sichuan cuisine, especially in Dan Dan noodles.

Looking for more tahini inspiration? The oppor-tahini-ties are truly endless!

Plus, there are a plethora of cookbooks that feature tahini prominently: most notably, Tahini by Adeena Sussman, Zahav by Michael Solomonov, Sababa by Adeena Sussman, Rose Water & Orange Blossoms by Maureen Abood, and any Yotam Ottolenghi cookbook, like Jerusalem.

Get yourself a jar and tahini away.

Molly on the Range by Molly Yeh