The Magic of Instant Pot Chickpeas

I fell in love with an Instant Pot cooking chickpeas. 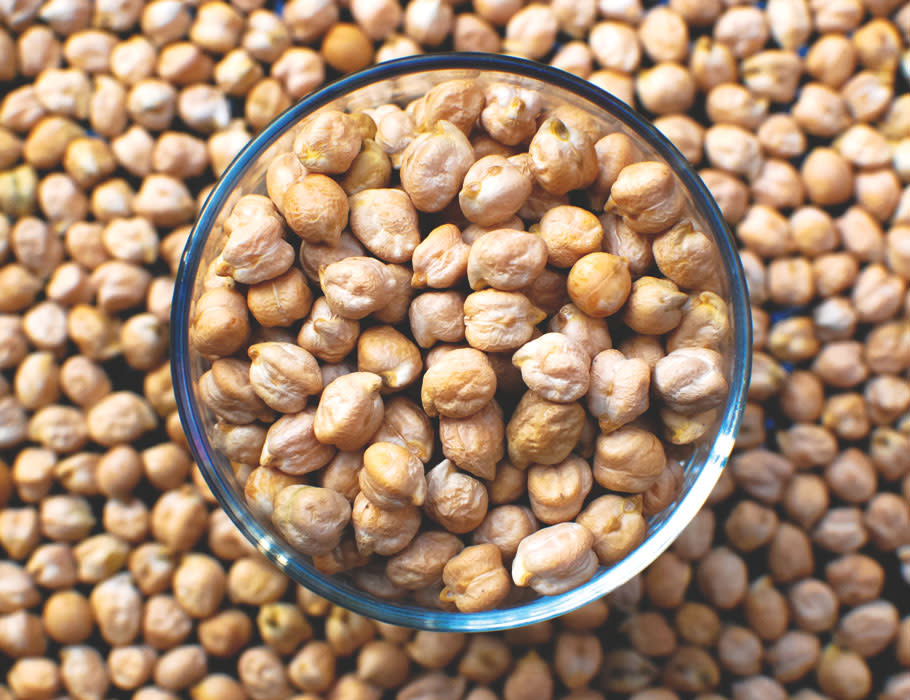 I grew up eating chickpeas in salads, and even more so once I discovered hummus in college — who doesn’t love that creamy dip?! They’re a great source of protein and fiber, are economical, and they’re neutral in flavor meaning they’re quite adaptable in a variety of recipes. Anyhow, for years I bought canned chickpeas, a.k.a. ceci beans and garbanzo beans (which is what my family called them). Anyhow, I’d trot out to Trader Joe’s every week or so and stock up — they’re a good price point and you can get an organic version if you like.

But six months ago, I started going to a new healthcare practitioner who practices Functional Medicine. I won’t get into what exactly that is, but diet is a big component of my health plan. She suggested I cut out canned food in order to prevent any potential heavy metal toxicity (chickpeas weren’t the only thing I was consuming that came in a can.)

Thus, I started buying dried chickpeas, and since I work in a Test Kitchen, and we have an Instant Pot here, which I’ve used to develop several recipes, I was familiar with how they work and its time saving perks. They really are a wonder appliance. Europe has been way ahead of us when it comes to pressure cooking and have been for years. Though my parents used them, too, but never to cook beans. The smartest thing they used theirs for was to cook artichokes, but I digress.

How to Cook Chickpeas in the Instant Pot 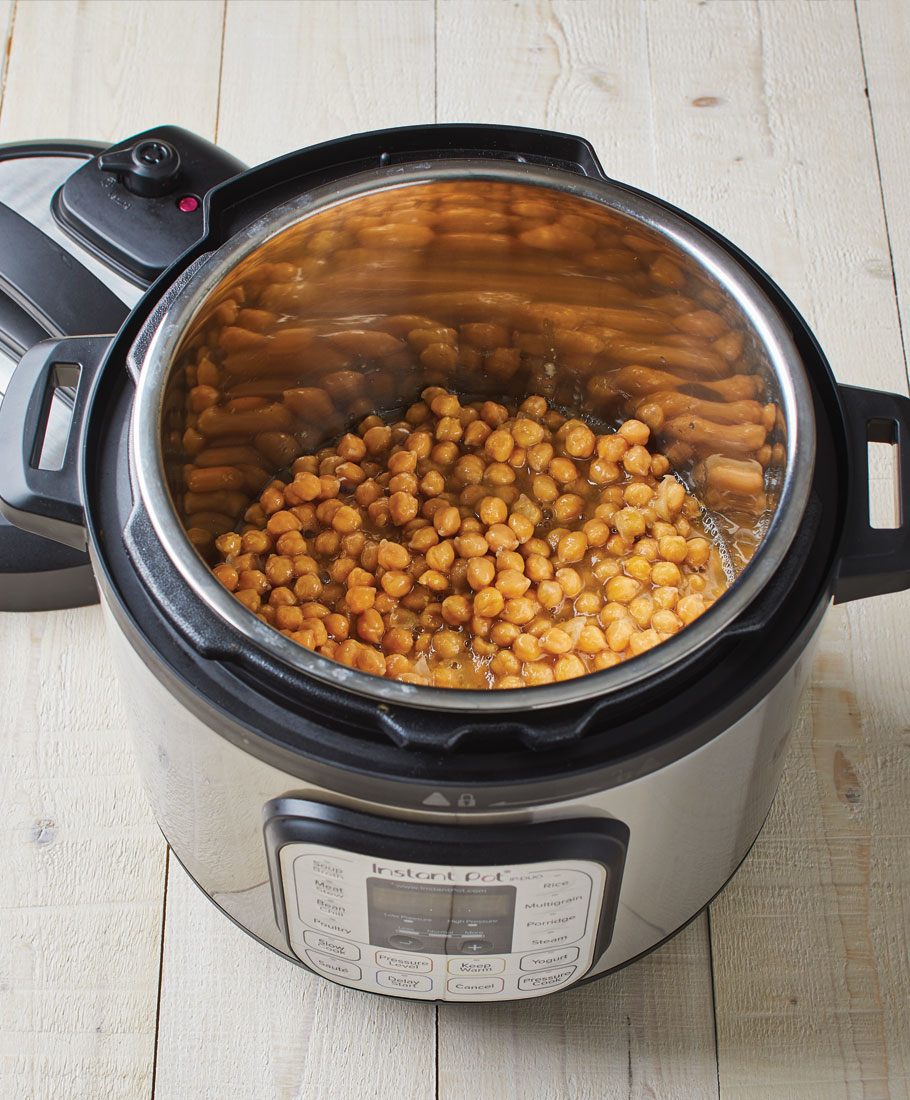 Back to the task at hand, I’ve got my dried chickpeas (about 1½ lb.) in hand and our Instant Pot — I put the chickpeas, which you don’t have to soak overnight (another bonus for chickpeas), into the Pot and cover them with water, I’d say 6-8 cups.

Cover and seal the Pot and make sure the vent is closed, set the Pot to Manual or Pressure Cook (depending upon which model you have) on High Pressure for 30 minutes. It will likely take 15-20-25 minutes for the Pot to come up to pressure and then it will start pressure cooking for 30 minutes (I’ve tried less time 23-25 minutes but found I like my chickpeas cooked a little longer.)

When the time is up, let the Pot naturally release for 30 minutes or so, which means you don’t do anything. After the time is up, you release any remaining pressure by opening the valve. And if time gets away from you, like it did me the last time I cooked chickpeas, don’t worry, I think I let them naturally release for an hour and they were perfectly fine. Actually, they were better than fine. They were creamy but not mushy. Basically the chickpeas just hang out in the Pot in their cooking water.

Then salt your chickpeas according to taste and you’re ready to go. One other thing I want to note, if it wasn’t obvious, this is basically a completely hands-off thing. You’re free to do anything — ANYTHING — while they’re doing their thing. So for basically little to no effort, you have a hefty amount of chickpeas for salads, hummus, soups, etc. And speaking of soup, check out the Italian Chickpea Soup that I developed several years ago. It’s my version of a classic Southern Italian soup that’s akin to pasta e fagioli. You’ll see the recipe calls for canned chickpeas, but you can easily use pressure (Instant Pot) cooked chickpeas in this recipe, or anywhere canned chickpeas are called for.

As you can see, I’m starry eyed when I think and write about cooking chickpeas in an Instant Pot — I hope the same for you.