All About Risotto: The History & Fundamentals of a Favorite Italian Dish 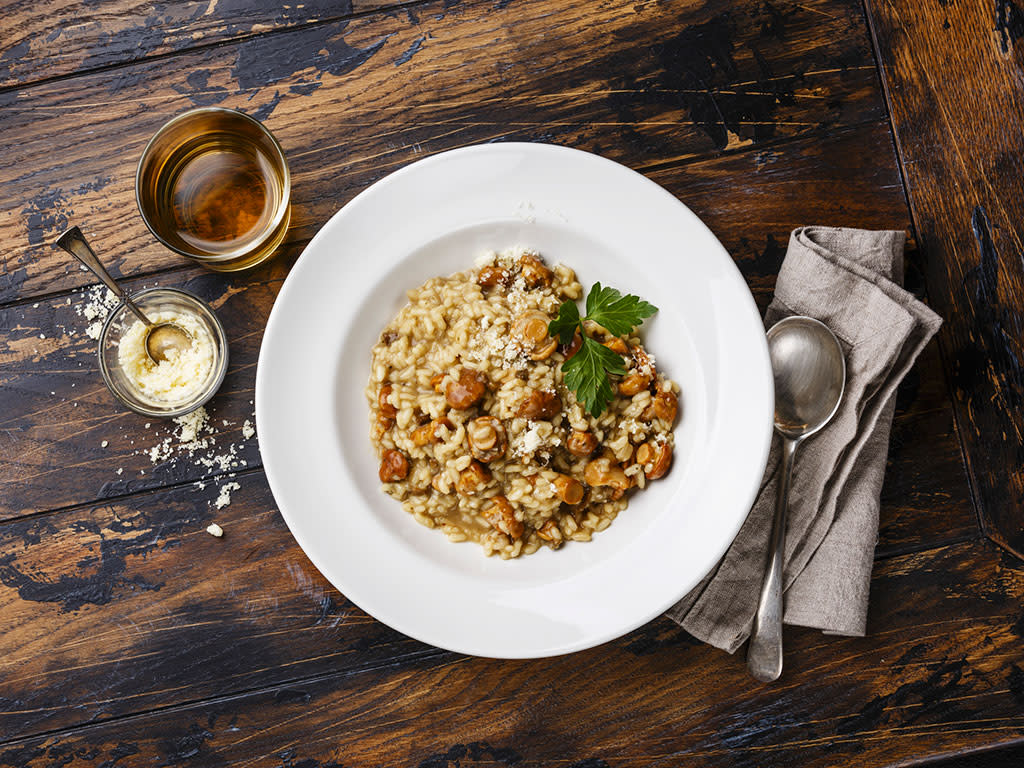 Long after I was married with children, a book titled The Code: Time-tested Secrets for Getting What You Want from Women — Without Marrying Them! was published as a parody of the bestselling women’s dating guide back in the mists of the late ‘90s called The Rules.

I am only recalling this tawdry moment because one of the suggestions for getting a woman was to make Clam and Asparagus Risotto (you do not need to be Freud to see that one), and included a recipe suggesting that even men who could not rehydrate dust would be able to make risotto because it is so simple.

Risotto is defined as a northern Italian rice dish cooked and stirred with broth until it reaches a creamy consistency. At its most classic and introductory level risotto is simple — some butter, onions, maybe wine, short- or medium-grain rice, and broth, finished with Parmesan. It is elegant without being complex.

The adaptability of the dish and the technique have shattered into hundreds of variations, many of the most popular versions of which have been compiled by Cuisine in our compendium of Italian recipes called Perfect Pasta.

A History of Risotto

Rice was introduced to Sicily and Spain in the 14th century by the Arabs. Rice cultivation continued in Naples and eventually extended to northern Italy via the marshes of the Po river valley. The Mediterranean climate with high humidity was conducive to growing short- and medium-grained rice. The city-states and elites of Milan, Venice, and Genoa were buoyed with profits from this new commodity. Combined with the influx of spices from the East, it accelerated risotto's popularity throughout the region.

Milan was ruled by Spain, and it is in that era Spanish saffron accounts for another famous rice preparation — paella. That is another story, however.

Legend has it that a church-sponsored stained-glass colorist was pranked by an assistant in September 1574 when he added a pinch of saffron to his maestro’s risotto and the defining recipe Risotto alla Milanese was born.

Up until the 18th century risotto included boiled rice as an ingredient. The recipe version that most resembles what we eat in the 21st century was first published in 1829. It included roasting the rice with butter and onion, then adding broth little-by-little while stirring continuously until it was creamy and rich.

How to Make Risotto

Risotto 101: It starts by sautéing onion — and possibly garlic if you’d like — in butter or olive oil. Add the rice and make sure it’s covered with the fat that you’re using and starting to toast. At this point the pan is deglazed with white wine to add some acidity to the mix, and that is reduced and absorbed. Then it’s time for the stirring to begin. Addition after addition of stock is incorporated until each is mostly absorbed, and after a bit the creamy signature begins to appear. In perfectly cooked risotto, the rice grain is cooked but retains a nut-like core so it is al dente, or “to the bite”. Add some grated hard cheese like Reggiano or Romano, then season with salt and pepper to taste and you are done. 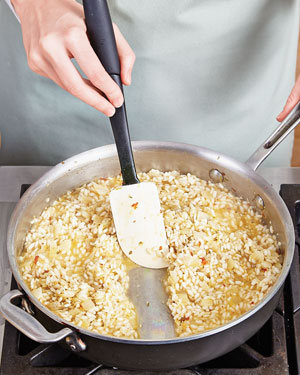 Let’s break down the ingredients.

Medium- or short-grained rice is used in risotto preparation. There are two starches in rice: amylopectin and amylose. Short-grain rice has high amylopectin and is low in amylose; that ratio gives the rice the ability to absorb liquid and release starch. The reverse is true for long-grain rice.

Arboro rice is traditionally called for in recipes; it is a short-grain rice named after the town of Arborio in Piedmont Italy. However, a medium-grain rice from the northern Italian provinces, called Carnaroli, is actually higher in starch, has a firmer texture, and a longer grain than arborio. Technically that medium-grain makes it a superior rice for risotto than arborio. You won’t go wrong using either, but arborio is more forgiving for risotto preparation.

Alternate grains like farro, barley, and oats are easily adapted to work with the risotto technique as well. Try our recipe for Barley Risotto with peas, carrots & fresh herbs.

Another ingredient you’ll often see in risotto recipes is shallots. Years ago shallots were small — walnut-size or smaller — and were used more like an herb to showcase its subtlety. Nowadays shallots are gigantic for some reason; they might as well be onions. So why pay the freight? Just use a yellow onion.

Key to making risotto creamy is stirring the rice with broth or stock. It’s a fair guess that most basic recipes call for chicken broth. Broth or stock are interchangeable here; think of the broth as the foundation of the dish. It’s fundamental but not the first thing you notice. For that reason, it’s easier to just buy the boxes of broth, be it chicken or vegetable — something relatively neutral. But if you have that passion to build homemade stock, feel free.

You want a hard, dry cheese, grated or shredded — like parmesan, romano or even asiago. This is where one finds truth in the adage "quality in, quality out."

Neglected of course are adding the proteins like shrimp, vegetables like mushrooms, even another splash of white wine or a spot of white wine vinegar. The possibilities are just about endless. 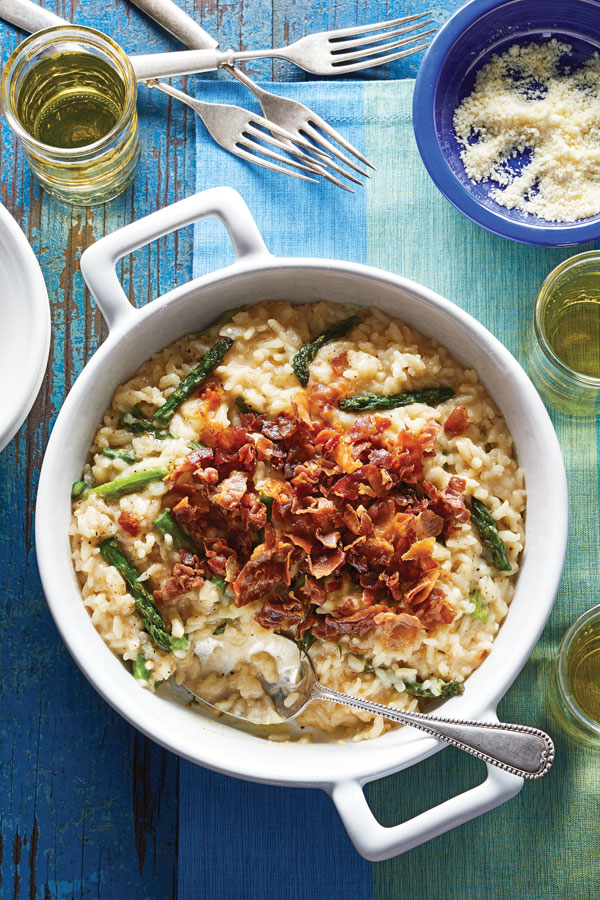 Ready to get cooking? Make it a meal with one of our favorite risotto recipes: