These days, you can find plenty of food that’s marketed as gluten-free, and it’s great. Those with diseases and medical conditions associated with gluten can easily avoid the substance without missing out on good food products. If you’re one with such a medical condition, then you have plenty of options in today’s food market. 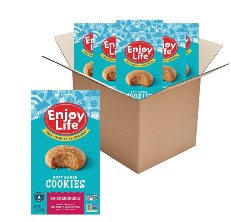 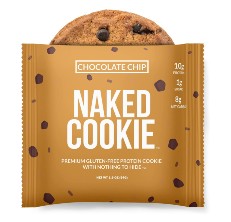 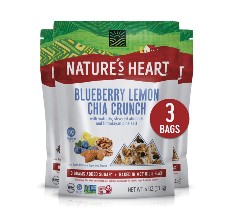 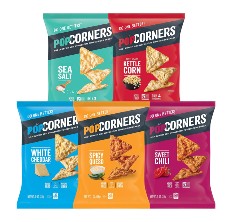 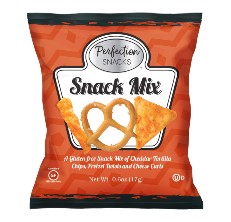 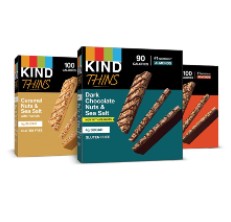 Why Are Gluten-Free Foods So Common These Days?

A lot of people didn’t even know about the existence of gluten until it was introduced via foods being labeled as “gluten-free”. But why can you find so many gluten-free foods in the market these days? The answer has to do with demand and the perceived benefits of gluten-free food.

You see, gluten has been known as a potential allergen for a long time now. Not everybody’s allergic to it, but those that are can’t really enjoy anything wheat-related for this reason. Gluten is also associated with certain diseases and medical conditions, and while not very common, they are still present and many people have to deal with it every day.

And while gluten-free foods can definitely benefit the type of people we just mentioned, gluten-free foods are mainly targeted toward people who want to live healthily. There’s this general idea or belief that “gluten-free = healthy”, and while this theory has been debunked numerous times, many people still believe in it.

The Benefit of Going Gluten-Free

In other words, a gluten-free bag of chips isn’t just gluten-free – it also contains less harmful substances and is better to eat than a bag of regular chips. This trend can be seen across virtually all types of gluten-free food. So while gluten-free foods don’t offer any direct benefits to the body, switching to a gluten-free diet can indirectly improve your overall health.

Gluten-free food bars are very common and they’re some of the easiest to come across. Gluten-free bars are popular because they offer plenty of nutrients all packed into one neat little snack, and you can eat them on the go, too which can be useful if you live a busy lifestyle.

Gluten-free bars are usually coated with many different flavors, including caramel and chocolate syrup among other things. If there’s one downside to gluten-free bars, it’s that they often contain peanuts, and this can be an issue for those with peanut allergies. Even if the food doesn’t contain actual peanuts, it’s also possible that other ingredients were processed in the same conveyor belts and machines as peanuts.

Chips are the perfect snack for those looking for a crispy treat. Chips are very, very delicious, and some people just can’t help but eat a bag of chips every day. While they are tasty, in the long run, they aren't good for you. To curb this habit, you can replace the chips with gluten-free variants instead. While they aren’t the healthiest snacks in the world, they will be better than what you ate previously.

Snack and trail mixes are fun snacks that you can enjoy when you just aren’t in the mood for anything in particular. Snack mixes are a livelier take on chips, with multiple types of chips mixed into a single bag, sometimes even alongside other snacks like pretzel knots.

Then you have trail mixes. These mixes are mostly made out of nuts but can contain dried fruits and other little bites to add a special flavor to the mix. Trail mixes are slightly healthier than snack mixes due to the presence of nuts, but both are great options to eat regardless.

Should I Make the Gluten-Free Switch?

If you’re wondering whether or not you should make the jump toward going gluten-free, don’t feel rushed. Unless you have a known condition that causes complications when eating gluten, you aren’t really at any risk. You can still eat healthy while consuming gluten on a daily basis.

The Best Gluten-Free Snack You Can Buy in 2022

Cookies are very popular as snacks, but those with gluten-free diets usually avoid them due to many cookies containing at least some amount of gluten. With Enjoy Life Food’s soft-baked cookies, however, that’s not an issue. You can eat delicious gluten-free cookies in a variety of flavors. These include chocolate chip, gingerbread spice, and snickerdoodle among other things. The cookies contain no GMOs and are vegan-friendly, so anybody can grab a pack and chew down on the cookies with zero guilt.

Naked Nutrition’s Gluten-free Snack is a great, healthy way to power yourself at any time of the day. The cookies are gluten-free and made with defatted almond flour rather than wheat flour. They have no soy, GMOs, or high fructose corn syrup. There are six 2-ounce cookies per package, each with 210 calories, 10g of protein (from grass-fed whey), and 5g of sugar. These cookies are satiating morsels of delectable sweetness packed with high-quality nutrition and convenient for on-the-go eating, snacking between meals, supporting exercise, or as a healthy reward. Also, these are a great source of protein when added to a shake.

Aside from chips, nuts are another common snack that gets mixed with other similar foods. Nut mixes are seen as a slightly healthier option than snack mixes as they contain healthy proteins and other substances. The brand Nature’s Heart sells this neat little bag of mixed nuts that comes in a variety of flavors. The flavors come from the fruits added in with the nuts. None of the foods inside the mix contain any sort of gluten, and they’re low carb, too, so you can eat them if you plan on cutting out some carbs as well.

Chips are another snack that’s often skipped by those with gluten-free diets. Many are unhealthy in general, but they also do contain a bit of gluten in them. For those looking to just dig into a bag of chips, Popcorners is the solution – it’s a gluten-free pack of delicious corn chips that you can enjoy in spicy queso, sweet chili, and white cheddar, and more. They’re incredibly popular chips, so much so that they even end up running out of stock at times, so you may not always be able to secure a bag. But if you do get the chance, be sure to order at least a few bags (we recommend the spicy queso).

Snack mixes and trail mixes are the perfect snacks to eat when you just don’t know what you’re in the mood for. They contain all sorts of goodies, from nuts to chips and much more. But that added variety poses a huge problem for those with gluten-free diets – it’s even more difficult to tell whether or not the product contains gluten. Or at least, that would be the case if something like Perfection Snacks’ Snack Mix didn’t exist. 100% gluten-free, you can eat pretzels, tortilla chips, and cheese curls with no gluten whatsoever.

Finally, let’s take a look at a classic gluten-free snack. Thin bars are very popular to have as a snack since they can easily be packed with all the nutrients you need to kickstart your day. Some even eat these sorts of snacks as replacements for meals. KIND’s own thin bars are sold either in a variety of flavors or packs of individual flavors such as caramel almond and dark chocolate. They also have sea salt in the bars to add a nice saltiness to every bite. Available in packs of 10 to 60, you can supply yourself with enough bars to last you a good while.

A: While being gluten-free doesn’t inherently mean that the food is non-GMO, plenty of gluten-free meals contain no GMO ingredients whatsoever.

Q: Is gluten dangerous to the body?

A: Gluten doesn’t provide any benefits or nutrients but it doesn’t cause any problems when eaten either unless you have a disease or condition associated with gluten.

A: Yes, they do. Some gluten-free foods may taste very similar to their non-gluten counterparts whereas others may taste completely different.

By Cuisine Review Team
The Cuisine Review Team’s in-depth guides and product reviews are designed to help you pick the best products for a beautiful and professional-grade kitchen and dining room. The Cuisine Review Team curates this content, and Cuisine’s editorial staff is not involved. Cuisine at Home is reader-supported: When you buy through links on our site, we may earn an affiliate commission.
Related Content 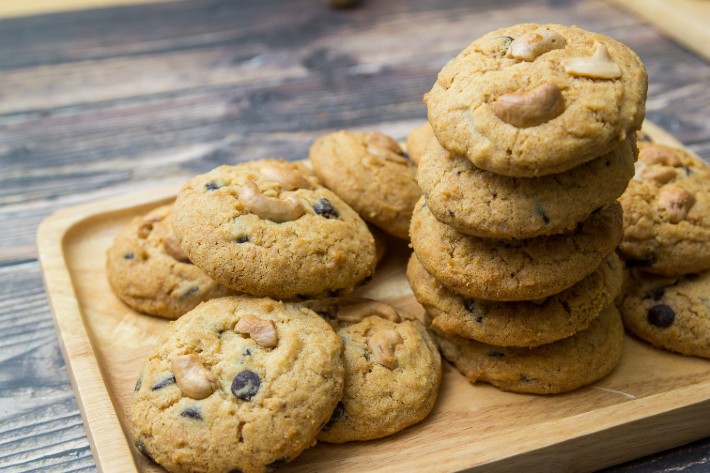 Enjoy The Sweet Taste Of The Best Keto Cookies Available 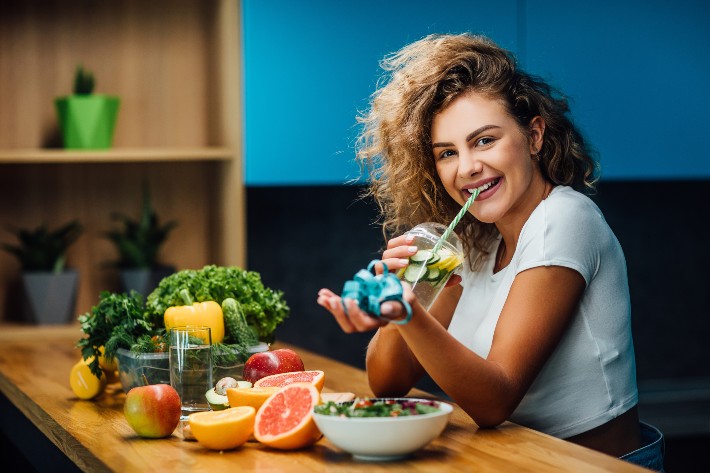 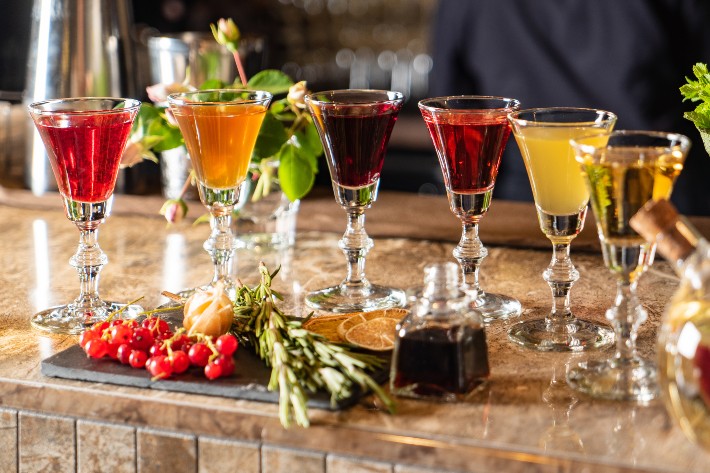 Best Non-Alcoholic Spirits To Replace Your Consumption of Alcoholic Beverages