Cinnamon, like salt and pepper, is a staple in every kitchen. We are all familiar with the seasoning as we have been consuming it since childhood as comforting cinnamon toast, oven-warm cookies and of course, cinnamon rolls. This warm spice is used in both sweet and savory dishes, as well as in comfort food that sustains us through the winter months.

All cinnamon may come from the inner bark of trees in the genus Cinnamomum, it is not all the same. Our palates are more familiar with some of its varieties, but not so much with others. And it may come as a surprise, but the cassia cinnamon that we commonly use is not even the 'real' stuff. Cinnamomum Verum sometimes referred to as "real cinnamon," is said to be palpably better smelling and tasting than what we are used to. So, should you stick with the cinnamon sticks we are used to? Or is real stuff better? Let's find out as we cover the top-rated cinnamon sticks of 2022 below. Along with the list of recommendations, we have also included a helpful buyer's guide explaining everything you need to know before making the choice. Have a look! 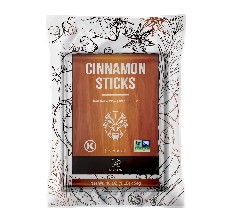 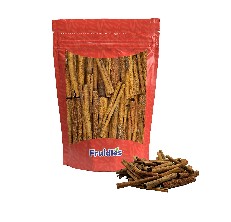 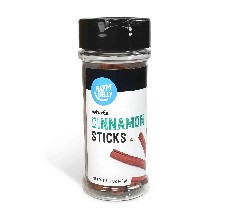 Cinnamon is not a huge mystery for most people. It is a commonly used seasoning that many of us are familiar with since our childhood. While all cinnamon may come from the bark of specific genus Cinnamomum trees, it branches out into different forms and types. Here is a detailed buyer's guide to help you pick the right cinnamon sticks for your needs.

There are hundreds of local, non-commercial cinnamon varieties that we use for various purposes — baking, cooking and medicine — all across the globe. But we have shortlisted our guide to a 'few' main types because of their wide availability. Cinnamon is primarily split into two categories: Ceylon and cassia. They are differentiated by the way they are harvested, their taste, their smell and the chemical compounds found within them. Let's take a closer look at each.

Ceylon (Cinnamomum verum) was originally unearthed in Sri Lanka during the Age of European Exploration. Its mild and delicate taste pleased people so much that it started the spice trade in the region. It is often regarded as the 'real cinnamon' with its subtle and complex flavor, that carries floral and clove notes.

This cinnamon category appears light brown in color, has thin skin and is fairly crumbly. Since it is usually processed by hand, these sticks are much thinner and finer in texture. It has a mild floral scent with citrusy notes. Ceylon is very popular in Asia and Mexico. But you'll be hard-pressed to find it in the U.S. Your best bet is to check out the mail-order spice services or specialty grocery stores. It is readily available at Latin grocers because they are great stockists of candela, the Mexican name for Ceylon. This spice is great for champurrado, bread, cinnamon rolls and pastry.

Cassia is the spice that most of us recognize as cinnamon, the red-brown sticks and powder that is common in spice cabinets and grocery stores across the country. It is darker in color, rougher in texture, and rolled into sticks that are thicker than Ceylon cinnamon sticks. Its higher potency also made it the go-to for home cooks and industrial producers. A small piece of cassia stick or a dash of this special powder goes a long way.

Cassia cinnamon is further divided into three types — Saigon, Chinese and Indonesian. Not only do these vary in their place of origin, but they all also have different levels of flavor and purposes.

Saigon cassia is an intensely fragrant and flavorful spice. Almost spicy, it is a preferred cassia variety for savory dishes, but people also use it for adding more flavor to their desserts like coffee cakes and baked oatmeal.

On the other hand, Chinese cassia is not as commonly used in the States. It has a strong bitter taste and is mainly used in China for medicinal purposes. Additionally, it is also used to give cinnamon ice creams, cream pies and chocolate-stewed fruits a spicy kick.

Then there is the sweetest and most mild of the cassia cinnamons, the Indonesian cassia. It is the most readily available cinnamon variety in the U.S. and is commonly used in cinnamon rolls, cookies, quick bread and more.

When it comes to purchasing cinnamon, most of us opt to purchase it in ground form and pretty much randomly. Let us tell you that freshly ground cinnamon sticks offer more flavor and aroma, hence are a better choice. In this section, we go over some factors that you should always consider when shopping for cinnamon sticks.

As you already know from the discussion above, there are different varieties of cinnamon sticks available on the market. The most common around the U.S., cassia cinnamon, is the one most of us have known all our lives. It is sourced from China, Indonesia, or Saigon. This spice has a potent, piquant flavor that works wonders for savory dishes.

The other variety Ceylon cinnamon, often known as the real cinnamon, originates from Sri Lanka. It is slightly sweeter and more subtle, hence is the right choice for desserts and smoothies.

You should know about the different places of origin before you can decide which cinnamon sticks to get.

Cinnamon is a prized spice much celebrated throughout the centuries for its distinct flavor and warming effect as well as its anti-inflammatory, antioxidant, anti-microbial and other medicinal properties. It is a sustainable plant that grows well without pesticides and also regenerates quickly after it has been harvested. To make sure that the farmers who harvest the spice get a decent wage for their hard work, you should choose fair-trade cinnamon.

You should also choose this spice according to the type of dish you are going to use it for. For example, if you are making smoothies, baked goods or meat marinades, using ground cinnamon would yield better results because these are either cooked briefly or not at all. Cinnamon sticks, in contrast, need time to release their flavor. You should use these for recipes that call for at least an hour of steeping or cooking time.

Cinnamon sticks are obtained from the bark of the cinnamon tree. After it is harvested and dried, it forms strips that curl into rolls, hence the name cinnamon sticks. The appearance of these sticks is a major contributing factor to their price.

The sticks usually roll about 80%, 90% or 100%. A tighter roll means more cinnamon bark and a more uniform appearance, hence a higher price tag.

Cinnamon sticks can not be any thinner than 0.9 inches. So if they appear thicker, their quality could be higher. You also get to choose between peeled and unpeeled cinnamon. And let us tell you, peeled cinnamon sticks may be higher in quality, but they tend to cost more because of the extra effort that goes into their production.

Comparing the Highest-Quality Cinnamon Sticks in 2022

Spice up your tea for fall with the Valley of Tea Cinnamon Sticks. This pack of cinnamon sticks is 100 grams of loose cinnamon you can stick into hot chocolate or grind down to flavor various dishes. The possibilities are really endless with this spice. It’s high-quality Ceylon and 100% organic, so it’s safe to consume and much better than most other cinnamon you can buy from a store.

These sticks are derived directly from Sri Lanka, where they are made by professional artisans instead of a factory. It’s great for baking many items, including cinnamon rolls and cakes. If you want to add a sweet taste to your food, these cinnamon sticks are for you. Check out the best overall product on this list today and elevate your dishes and desserts.

Our next pick is cinnamon sticks that have arrived in the market from Vietnam. The Soeos Cinnamon Sticks have a warm aroma and a rich tone that bring a strong color and wonderful flavor to your creations. Measuring around 3.5 inches in length, these sticks are great for stirring into your beverages or for sprinkling over your toast.

They are pretty uniform in length too, which also makes them a visual treat. Since they arrive vacuum sealed, you can rest assured about their quality and freshness. Plus, being mostly whole, this cinnamon will make your food sweet without sugar and also give it a spicy, warm kick.

Like other cinnamon bark sticks, our next pick has pretty much one use — adding cinnamon flavor to your drinks and food. But, McCormick Cinnamon Sticks do it better than any other option. All the sticks inside the beautiful glass jar are handpicked for their sweetness and delicious aroma. Not only are they fresh and full of flavor, but the product also looks aesthetically pleasing as well. You can buy it for your use, or choose to present it as a gift. Rest easy that this gift will not fail to impress.

These sticks may be one of the costlier options, but rest assured that the flavor and scent they provide are well worth the higher cost. They come in a 0.75-ounce jar so you won’t get too many in a single jar.

These sticks carry an intense flavor and can be placed in meats before roasting to add the perfect finishing touch to just about any recipe. Use these to stir your hot drink or Fruidles supplies these sticks as four-ounce, eight-ounce and one-pound variations, so you can easily get the weight that you need.

Beverages that are sweetened with cinnamon offer a great alternative to sugar-sweetened ones. The Happy Belly Cinnamon Sticks are a suitable option to incorporate the cinnamon flavor into your drinks. Use the long sticks as stirrers in your favorite hot beverage, and let them infuse it with warmth.

These whole cinnamon sticks are spicy and fragrant with a sweet, deep, warm and delicate flavor. They come packaged inside a sealed glass jar to retain the freshness and aroma. We like that this product is Kosher certified and comes with a comprehensive satisfaction guarantee. If you are not satisfied with its performance, you can have your money refunded within a year of purchase.

Q: Are all cinnamon sticks the same?

A: No, not all cinnamon sticks are the same. There are a few different types of cinnamon that originate and grow in different areas. And they also taste a bit different from each other.

Q: How do you identify actual cinnamon sticks?

A: True cinnamon is delicate and sweet, creating a subtle flavor while not overpowering the rest of your ingredients. Look for cinnamon that is tan-brown in color. The reddish-brown hue is a big giveaway of the common cinnamon, cassia. When you open a package of true cinnamon, the smell is not exactly pungent. It is sweet yet extremely delicate to be overpowering.

Q: Is it OK to chew cinnamon sticks?

A: No, it is not OK to chew dry cinnamon sticks. It can quickly irritate your lungs and make you gag or choke. Besides, since your lungs cannot break it down, cinnamon can actually cause permanent damage to your lungs. It may accumulate in the lungs and cause lung inflammation known as aspiration pneumonia.

Enhance Your Next Dish with the Best Vanilla Bean Paste

Improve Your Health With The Best Extra Virgin Olive Oil

The Best Curing Salt for Jerkies to Preserve Meat