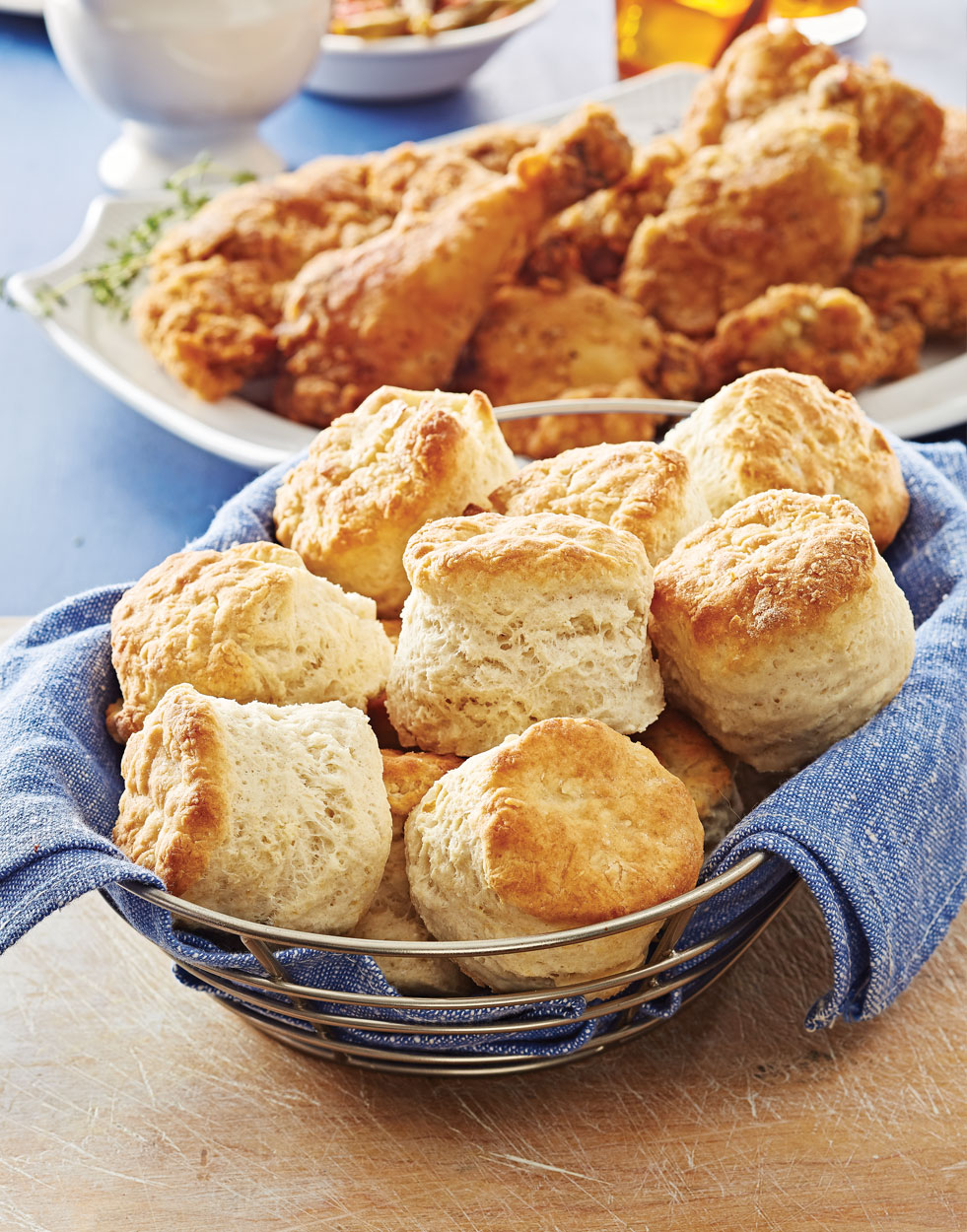 Five ingredients are all you need to make the ultimate flaky biscuit. These tender flaky biscuits just beg to be served with honey. For the best result, use the right flour. Self-rising has a lower protein level than regular all-purpose flour and results in a more tender biscuit. And sour cream makes for incredibly flaky biscuits.

Preheat oven to 450°. Line a baking sheet with parchment paper.

Turn dough onto a lightly floured surface and knead just until it holds together. Pat dough into a 1-inch-thick circle. Cut 10 biscuits using a 2-inch-round cutter. Transfer biscuits to prepared baking sheet; bake until golden, 15–18 minutes. Brush biscuits with melted butter during the last few minutes of baking.

Want to give this recipe a try?