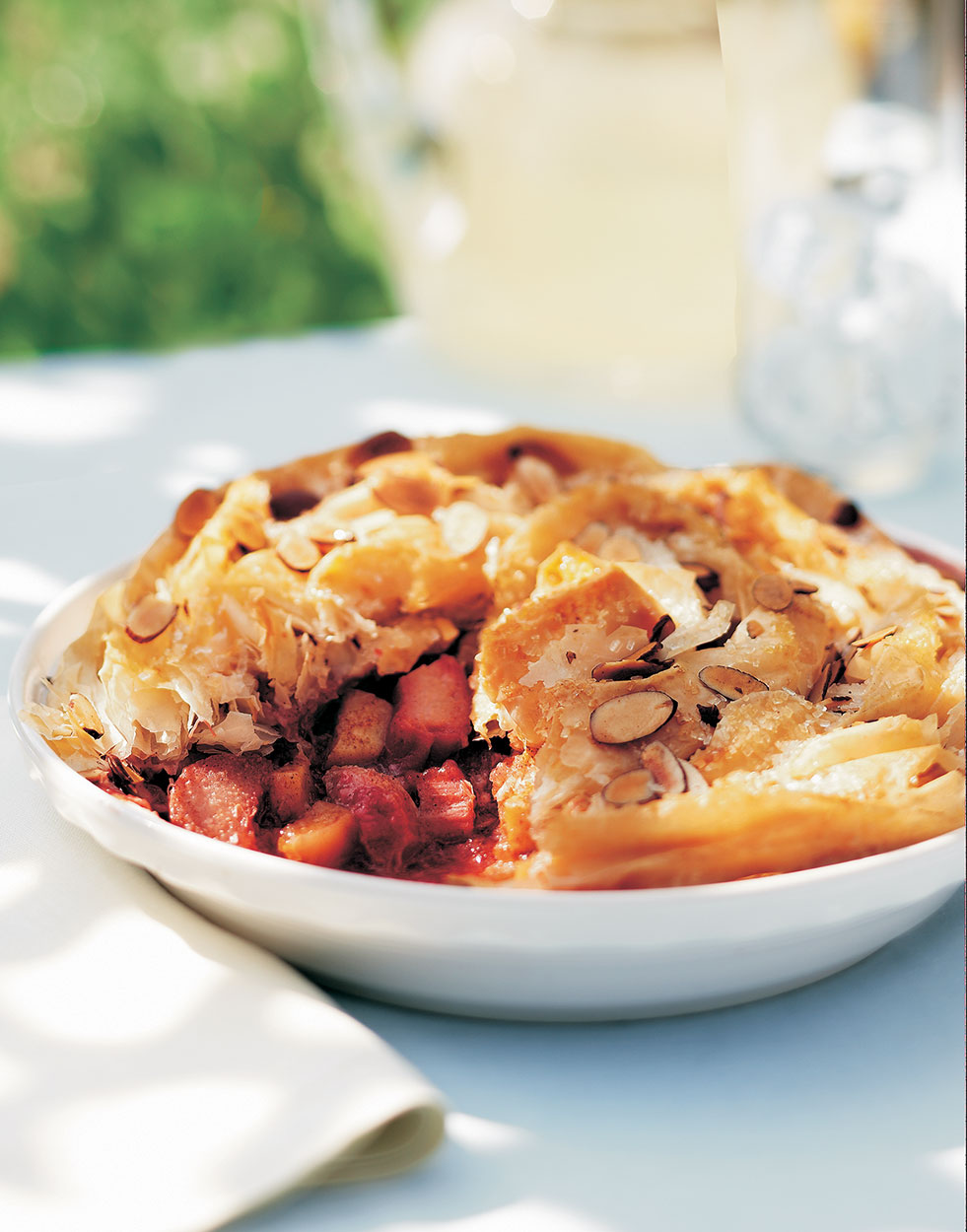 If your cure for spring fever is that first bedazzling bite of rhubarb, here’s a gem you’ll love: a throw-together crisp that’s as elegant and spectacular as it is casual and tasty. The beehive of phyllo only looks like a lot of work. In reality, it might be the easiest phyllo dessert you’ll make.

Place a sheet of phyllo on a flat surface. Lightly brush phyllo sheet with butter and sprinkle with 1 tsp. granulated sugar. Roll phyllo into a loose tube about 2 inches in diameter. Repeat with remaining phyllo sheets. Starting at outer edge of pie, lightly place phyllo tubes end to end in spiral or concentric pattern. Drizzle any remaining butter over phyllo and sprinkle with almonds and finishing sugar.

Stirring the rhubarb and sugar together then letting it sit breaks down the stalks and draws out the juice to make it saucy.

Lightly butter a sheet of phyllo dough and sprinkle it with sugar before rolling it into a loose tube.

Place phyllo tubes end to end in a spiral atop the fruit mixture. For the best crisping just lay them on, don’t press them in.

Is it really a fair without a funnel cake? We think not. Fried, crispy dough …

These fruit desserts look like they take a lot of time and effort, but luckily …

The worst thing about desserts is waiting for them to bake or cool. But these …